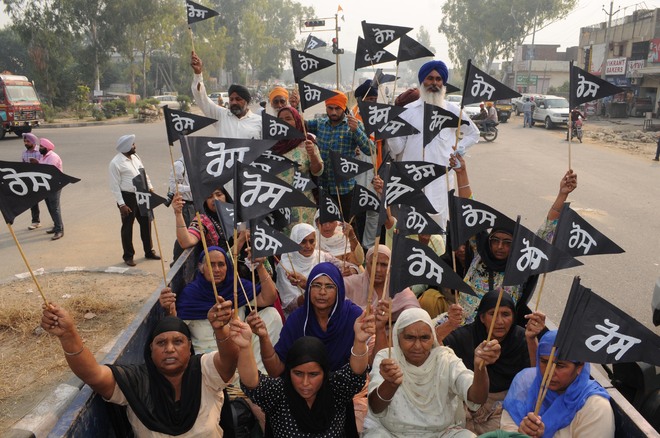 When a “saroop” of Guru Granth Sahib went missing from a gurdwara in Burj Jawahar Singh Wala village of Faridkot on June 1, 2015, no one could have anticipated that the incident and the subsequent sequence of events would shake the state politics, lead to violence and killings and put several senior police officials under the scanner for almost six years.

Worse, even after such a long time and two separate judicial commissions of inquiry, three police investigation teams besides a probe by the CBI, the real story behind the incident and the guilty persons would not be clearly identified and punished by a court of law.

Since then, around 170 incidents of sacrilege of Sikh, Hindu and Muslim religion were reported from across the state. Now, the state may have to set up a new investigation panel — seventh such body — after a Punjab and Haryana High Court order, into the Kotkapura police firing incident, where police fired at people protesting the sacrilege incidents. Though CM Capt Amarinder Singh has announced his government will contest the HC ruling in the Supreme Court, the investigation may be hit till the final decision is taken.

The state is readying for the next year’s Assembly elections where the alleged denial of justice is set to surcharge the atmosphere. Already a number of prominent Congress leaders have demanded making public the police probe.

The long series of incidents points to a deep-rooted conspiracy. After the June 1, 2015, incident of theft of “saroop” of Guru Granth Sahib, the second incident took place on September 24, 2015, when posters bearing derogatory language against the holy book were found pasted in Burj Jawahar Singh Wala and Bargari villages. On October 12, several pages of the Guru Granth Sahib were found strewn in Bargari, leading to protests across the state, especially in Behbal Kalan and Kotkapura. On October 14, police opened fire at protesters, killing two.

Initially, the police claimed the sacrilege was done at the behest of two youths in Australia who had funded the conspiracy to trigger riots between Sikhs and Sirsa-based Dera Sacha Sauda followers. But the youths took to social media, explaining the money transfer being questioned. In November 2015, the SAD-BJP government handed over the probe to the CBI. However, before the CBI officially started the investigation, a three-member SIT announced the arrest of 10 persons, all followers of the dera, for carrying out the sacrilege incidents. One of the accused, Mohinderpal Singh Bittu, was later killed in Nabha jail. The CBI, however, dismissed the DIG’s report. In 2018, the CBI closed the case, saying it could not find any proof against the 10 persons.

In 2017, the Congress government contested the CBI closure report. This led to another round of court battle where the government won and formed a five-member SIT, which included IG Kunwar Vijay Pratap as key investigator. On April 9, the HC quashed their investigation and ordered formation of a new team without IG Kunwar Vijay Pratap as member. The IG resigned on April 14.

Sept 24, 2015 Posters with derogatory language against the holy book found in Bargari