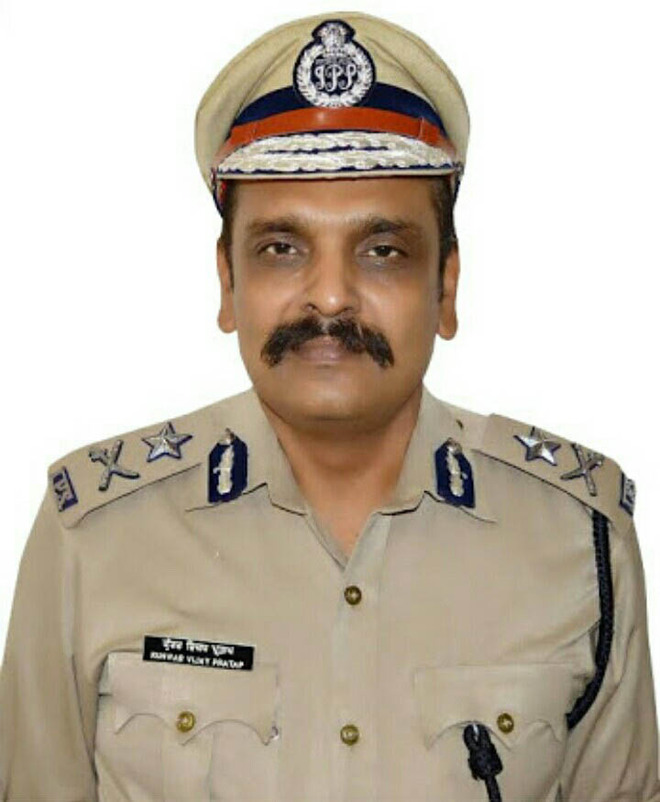 In the news these days over his resignation, IG Kunwar Vijay Pratap Singh is known for carrying a devil-may-care attitude, sporting the image of a ‘Dabang’ police officer, who likes to always speak, if he so chooses, on record.

The first officer to be chosen for any sensitive and tricky investigation, Kunwar quotes freely from Gurbani on the social media to drive home the message, regularly recites and posts quotes or couplets of revolutionaries to make his point against rivals, posts videos teaching mathematics on the social media and proudly displays a distinction he received in diploma in French language.

He made his mark as an investigator as not only his senior officials, but also various courts directly handed over investigation of important cases to him.

From busting the infamous kidney racket in Punjab to corruption in the jail department to exposing gangster-police nexus, Kunwar had once recommended registration of a case against a DIG, who was his immediate superior.

During his stint as the Ludhiana SSP, he took on elected Congress leaders, refusing to give them a VIP treatment or toeing their line.

The IG seemed to have hit the peak when he was appointed the key investigator in the five-member SIT on sacrilege and police firing cases.

He maintained his style of working and even took on the SIT head, an ADGP-rank officer. Kunwar went on to question former CM Parkash Singh Badal and actor Akshay Kumar, reportedly against the advice of other SIT members.

The Punjab and Haryana High Court recently quashed his investigation into the Kotkapura police firing case, following which he put in his papers. Chief Minister Capt Amarinder Singh, however, rejected his resignation.

In his social media post, he said he had done his part in the investigation by sticking to honesty and facts. “Whatever be the outcome of the sacrilege and police firing cases, this investigation would be remembered for the role of one man, who did his job without fear and pressure,” he said, referring to himself, in an interview.