Part of it came from Canada-based terrorist Lakhbir Landa 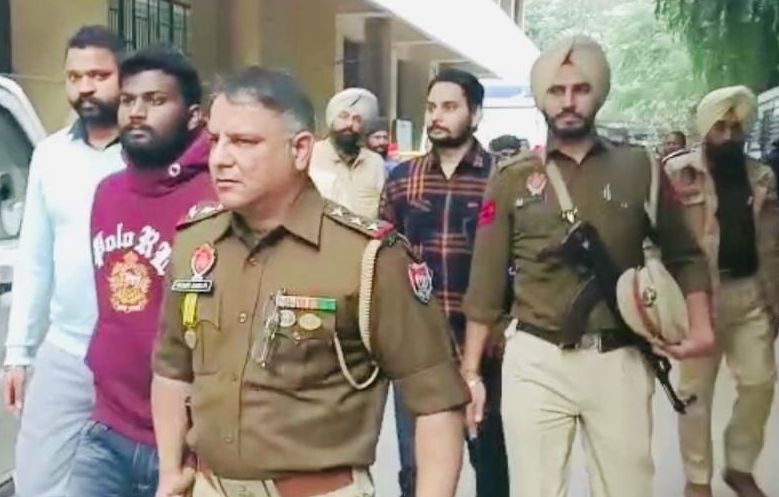 Notorious gangster Yuvraj Sabharwal being brought on production warrant in connection with the Amritsar IED case, in Ludhiana. - File photo

The investigation into the Amritsar IED case has revealed that the bomb-planter, Yuvraj Sabharwal, alias Yash, the key accused, and two of his associates had received a sum of about Rs 30 lakh. A part of it was reportedly arranged by Canada-based terrorist Lakhbir Singh Landa.

Yuvraj is on police remand with the Ludhiana police since November 29 and he is to be produced in a court tomorrow.

A sum of about Rs 24 lakh was provided to Yuvraj and his aides before committing the crime and Rs 6 lakh was exclusively given to the former, after he fitted the IED under a police vehicle in Amritsar.

The investigation of Ludhiana Commissionerate and the Counter Intelligence Wing has found the money trail involved in the major conspiracy hatched by Landa from Canada.

A few days back, SP (CI) Rupinder Kaur Bhatti, along with Crime Branch in-charge Inspector Beant Juneja, had questioned the gangster about his and Landa’s contacts who had provided the money.

“We have come to know that before fitting the IED under the Bolero of Sub-Inspector Dilbagh Singh, Yuvraj, Fatehdeep and Bavneet had received Rs 24 lakh cash. The amount was reportedly handed over to them at the behest of Landa. After the crime, when Yurvaj was on the run, he got Rs 3 lakh in Haridwar and Rs 3 lakh in Ropar. Those who handed over the money could prove crucial in exposing the money trail linked to terrorist activities in Punjab,” said a senior police official privy to the development.

Rs 24 lakh given before fitting IED