Were involved in embezzlement of over Rs 20 lakh 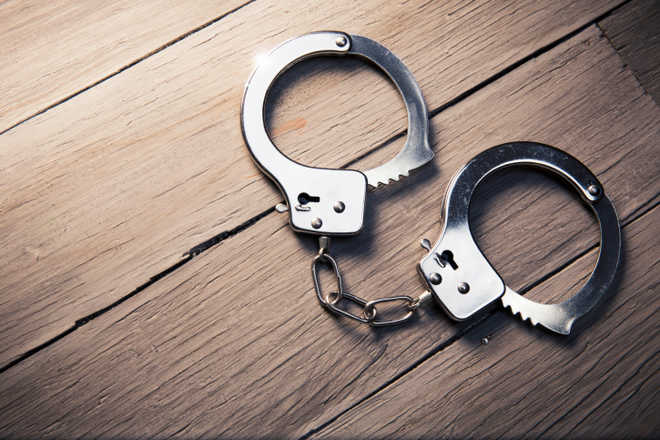 Satnam has been arrested.

A VB spokesperson said during the probe, it was found that the duo had embezzled Rs 20.08 lakh. The amount was from the grants and funds received from the government between 2013 and 2018 for the development works.

Chandigarh: The VB on Thursday arrested Manjit Singh, junior assistant, for accepting a bribe of Rs 1,000. He was posted at the Sadar kanungo branch in the DC’s office, Gurdaspur. A VB spokesperson said Manjit Singh had been arrested in a bribery case on the basis of a complaint lodged by Jermanjit Singh on the anti-corruption helpline of the bureau.

He further said in a separate case, Jarnail Singh had filed an online complaint and alleged that Baljinder Kumar, kanungo, Khamano tehsil, through Satpal Singh Satta, a private middleman, had demanded bribe of Rs 10,000 for demarcation of a piece of land purchased at Bilaspur village in Fatehgarh Sahib district. He also alleged that the kanungo had already taken Rs 3,000 as bribe from him.

The spokesperson said after the investigation, a case had been registered against the duo under Sections 7

and 7A of the Prevention of Corruption Act at the VB police station, Patiala, and both of them had been arrested. Further investigation is underway.