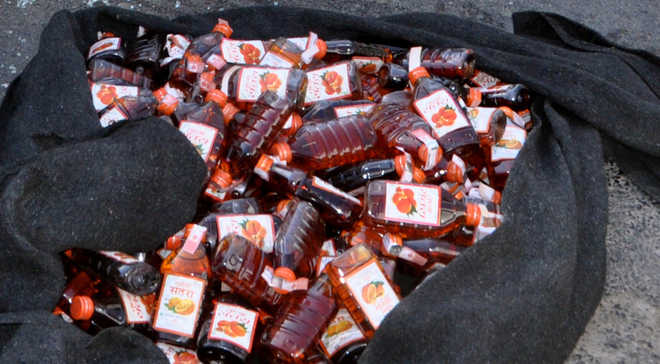 The Mansa police have arrested five persons and recovered 240 bottles of illicit liquor, 30 litres of lahan and two cars from their possession.

Senior Superintendent of Police Gaurav Toora said, “We have launched a crackdown on peddlers. There will not be any let-up in nabbing those involved in illegal activities. The accused were planning to sell illicit liquor of (Haryana-based brand) here.”

The SSP said a case has been registered under the relevant sections of the IPC against the accused. He said the accused were produced before the court, which remanded them to the police custody.