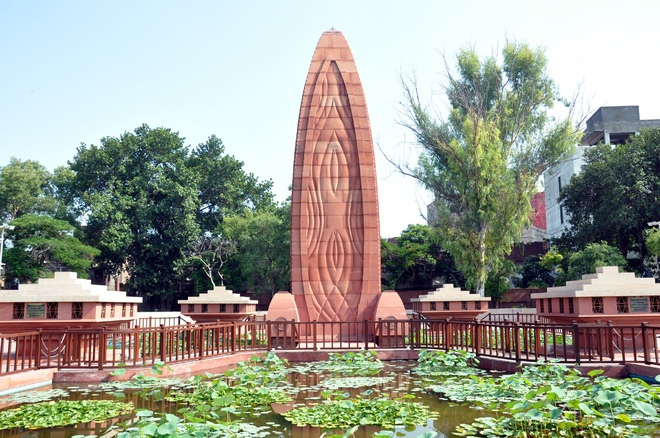 “Those who didn’t struggle for freedom can’t understand those who did. Only those who do not understand the meaning of sacrifices can heap such insults on the martyrs of Jallianwala Bagh massacre. I am the son of a martyr. I will not tolerate the insult of martyrs at any cost. We are against this ugly brutality,” Rahul tweeted, posting news articles featuring concerns of academics and scholars on the remake of the historic site by the Culture Ministry.

Capt Amarinder, however, contradicted Gandhi’s stand and said, “I don’t know what has been removed. To me it looks very nice.”

Those who didn’t struggle for freedom can't understand those who did. I am the son of a martyr. I will not tolerate the insult to martyrs at any cost. — Rahul Gandhi, Congress leader

In 100 to 102 years, some cracks may have developed. But I do not know what has been removed from the memorial. To me it looks very nice. — Capt Amarinder Singh, Punjab CM

Prime Minister Narendra Modi inaugurated the revamped memorial on Saturday evening. The Chief Minister said he was part of the virtual ceremony.

“In 100 to 102 years, some cracks might have developed. But I do not know what has been removed,” Capt Amarinder noted.

The renovations have triggered a debate on the necessity of the exercise.

British MP Preet Kaur Gill also raised some questions after historian Kim A Wagner wrote on his Twitter timeline that he was devastated to hear of the revamp of Jallianwala Bagh, site of the Amritsar massacre of 1919, revamped.

“This means that the last traces of the event have effectively been erased,” rued Wagner, professor of history at London’s Queen Mary University.

In his 2019 book on the Jallianwala Bagh massacre, Wagner had mentioned that traces of the original event had already all but vanished. Only one old building within the Bagh remained which stood “forlorn and out of place among the 20th century structures of the memorial”, Wagner wrote.

Gill tweeted, “Let’s hope they retain images of what it was before changing it and have them displayed for the public to see.”

Eyebrows are being raised in the way the renovation work was handled.

“A heritage site is renovated to strengthen the original structure for longevity. To make any change in the appearance of structure and make it glamorous for attracting people is a distortion of history,” Chaman Lal, retired professor of JNU, said.