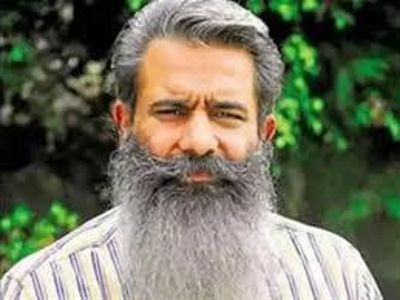 More trouble is brewing for former Food and Supply Minister Bharat Bhushan Ashu as the Vigilance Bureau probe into the tender allotment scam for lifting of foodgrains has unravelled the dark underbelly of grain procurement in the agrarian state. 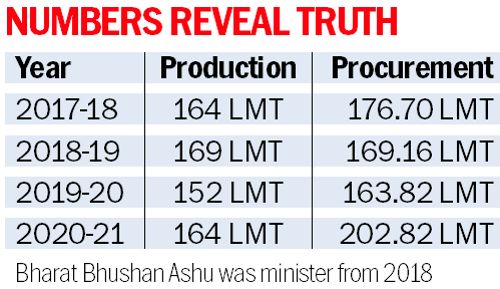 With the arrest of arhtiya Krishan Lal Dhotiwala by the Vigilance Bureau yesterday, the investigators claim that the lid has been blown off the paddy procurement scam.

Top officials in the Vigilance Bureau said that the vast difference in paddy procurement vis-a-vis the production in the state had often been raised by the Centre during the tenure of the previous government.

“It is for this reason that the paddy procurement target for Punjab was downsized by the Centre last year after it smelt a rat,” said a senior officer investigating the matter.

“Now, a thorough investigation has revealed how paddy meant for public distribution in other states was brought to Punjab at Rs 1,100- Rs 1,200 per quintal. It was then either mixed in the locally produced paddy and sold to the government agencies or sold directly to government agencies at the much higher MSP.

“For each quintal of paddy sold to procurement agencies, a sum of Rs 600-Rs 700 per quintal was pocketed (as MSP ranged between Rs 1,700 and Rs 1,888 per quintal in the said period). Fake records were made in the mandis to show that the paddy has been purchased from local farmers,” said the officer.

He said that in 2020, some chats between an official of PUNSUP and a trader in this regard, where the official was seeking money for allowing paddy from outside the state and had named Ashu as a beneficiary of the “spoils”, are also being examined.

The probe has pointed out that storage of foodgrains was made in the shellers owned by Dhotiwala, a commission agent in Mullanpur Dakha. Foodgrains bought at a low rates used to be brought from other states. The role of both Ashu and now dismissed deputy director in Food Department, Rakesh Singla, is being investigated.