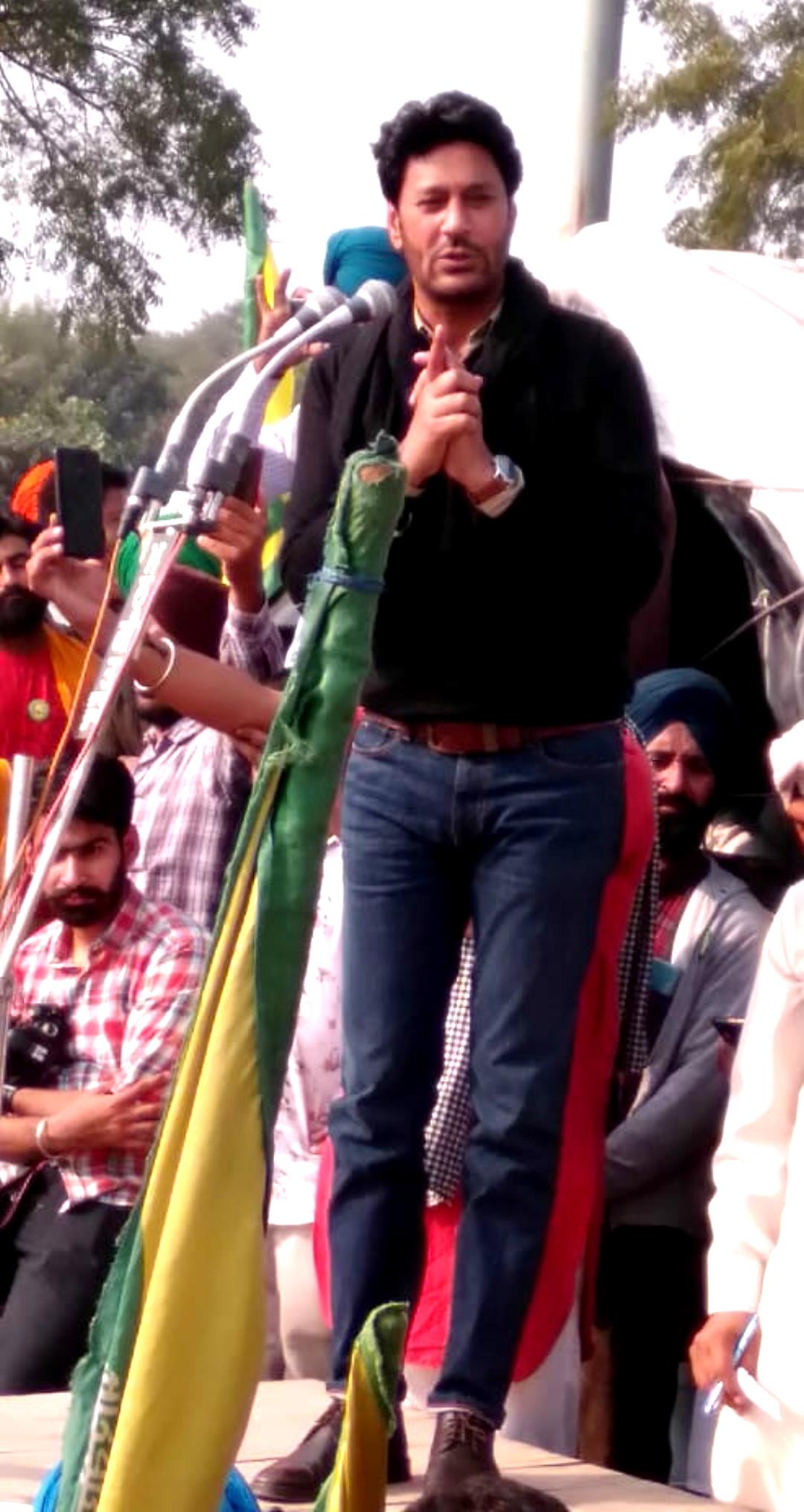 The atmosphere got charged up when popular Punjabi singer and actor Harbhajan Mann reached Bahadurgarh town on Tuesday to express his solidarity with the farmers. He encouraged them to continue dharna with the same spirit by singing a Punjabi song “Nio kaafile tufana walu chale honde ne.”

Young men started raising the slogans of ‘Kisan ekta zindabad’ and 'Inquilaab zindabad’ as soon as he held the mike to address the gathering at a new dharna spot near Sector-9 in Bahadurgarh town. Hundreds of farmers, including a considerable number of women, assembled there to hear Mann.

Great enthusiasm was seen among the youngsters who remained busy in capturing the moment on their cell phones. Many of them also took selfies with him. Mann struck a chord with the farmers by addressing them in Punjabi.

“We will win the battle; even have reached near the victory but what is required is that to stay put with the same spirit and devotion. Not only I but entire Punjab stands with you and is eagerly waiting for your victory. You will be called for meeting repeatedly over the issue. You should not break the communication as it is needed to resolve the issue,” said Mann. Later, he went to Tikri-Bahadurgrh border where hundreds of farmers were staging dharna for the past five days.

Another Punjabi Singer Kanwar Grewal who also came with Mann and boosted the morale of farmers by singing some lines of popular songs ‘Pecha’. Earlier, he appreciated the farmers for carrying on in chilly conditions. Other Punjabi artists—Karamjeet Anmol and Malkeet Rauni— were also here today to support the farmers.

"Punjab and Haryana artistes have doubled our spirit and enthusiasm by joining us at dharna and giving us motivational addresses," said Amit Nain, a young farmer from Punjab.

The farmers continued to get the support of Punjab and Haryana artistes for the past two days. On Monday, popular Haryanvi artistes- KD and Veer Sahu- and Punjabi artistes- Siddhu Musewala and Rupinder Handa- had also joined the dharna by reaching Tikri-Bahadurgarh border.

Rupinder had appealed to the protesters to keep their spirit and enthusiasm high till then their demands were not met.

“Our youths are always targeted for the wrong reasons. It’s a time to prove our ability and capability and I am confident that our youths will present an example before the entire nation by getting their demands met,” she added.