Scuffle between Kashmiri, UP, Bihar students at engineering institute in Punjab’s Sangrur after Indo-Pak cricket match : The Tribune India

The incident takes place after some slogans were raised after the match on Sunday night, say police 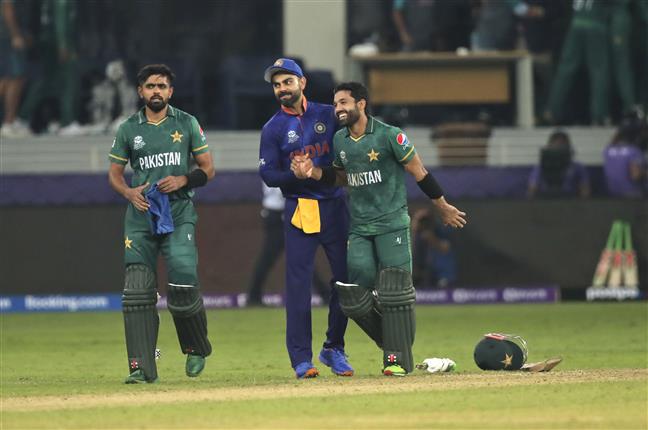 Some Kashmiri students scuffled with other students from Bihar and Uttar Pardesh last night in Bhai Gurdas Institute of Engineering and Technology, located near Ghabdan village of Sangrur district after Sunday's cricket match between India and Pakistan.

Though both sides have tendered their apologies, police are still deployed in the area. Some sources said most of the students were watching the match on their laptops in their rooms while some were sitting in a common room of the boys’ hostel and watching it on TV.

Problems began at the end of the match.

“They had a minor scuffle and some furniture was also damaged. But our faculty members, warden, and security staff reached on spot within minutes and prevented the things from taking an ugly turn. Students from Bihar and UP have alleged that Kashmiri students started celebrating after the match, but Kashmiri students have denied it. The matter has been resolved and we have not lodged any complaint,” said Guninderjit Singh Minku Jawandha, the chairman of the institute.

Security has been beefed up near the institution, and college management didn’t allow any student to interact with the press.  A video that went viral on Monday morning however shows a Kashmiri student alleging that the college security did nothing to prevent an attack on Kashmiri students.

The same video also showed Kashmiri students voicing their satisfaction at the way the dispute was handled.

“We are thankful to our college chairman and other members of management for taking prompt action. We have informed our parents also that we are safe and thankful to Sangrur administration for taking quick action. We request the authorities to take required steps to prevent such things in future” said Kashmiri students in a video.

A delegation of BJP leaders who went to college has demanded strict action.

“All students are equal for us as they have come to our district for education. But some Bihar and UP students have informed us that Kashmiri students raised Pakistan Zindabad and Hindustan Murdabad slogans and burst crackers after the match. Police must conduct inquiry and punish those, who did it” said Randeep Deol, Sangrur BJP chief.

When contacted Sangrur SSP Swapan Sharma, he said that situation was under control.

“Our team quickly reached in institute last night after the incident and since then, we have deputed our cops there. Both sides have apologised and have not given any complaint to the police. They have also assured that such a thing would not happen in the future. But we are not taking any chance and have beefed the security there” said SSP Sharma.