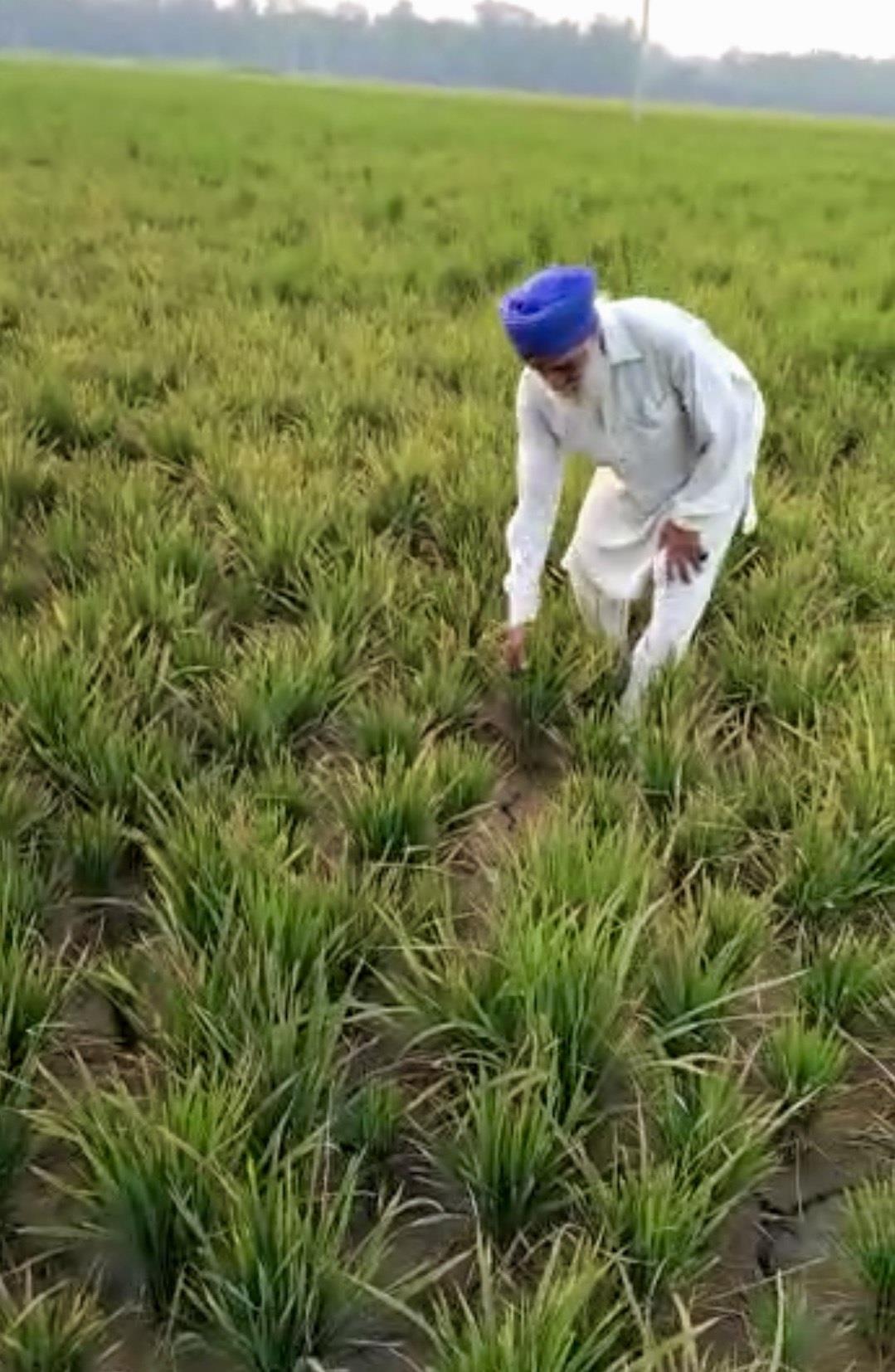 A farmer shows his crop at Neowal village on Monday. Tribune Photo

Farmers from Hoshiarpur, Pathankot, Fatehgarh Sahib, Ludhiana and Patiala, have reported stunted growth of paddy. As a result, experts from Punjab Agricultural University (PAU) are carrying out a detailed research and are expected to submit the report in a day or two.

Five to six years ago, a similar problem was observed. It had slightly different characteristics. PAU expert

Jasbir Singh of Ghulal village near Samrala said his paddy crop has been affected by the dwarfing disease. “The shocking part is that the infected plants are growing alongside the healthy plants in the same field,” he said, adding that five years ago he had faced a similar situation where yield from four acres of land fell to nine quintal. He said he had transplanted paddy using traditional method.

Swarnjeet Singh of the same village said numerous farmers were complaining of stunted paddy growth. “I transplanted paddy in June and by now the crop should have been around two-foot tall, but the ones affected are only 9 to 10 inches,” he said.

Ranjit Singh of Neowal village near Mattewara said, “After noticing the stunted growth, I used zinc and urea, but the crop turned yellow. I am really worried and looking for solutions, but no expert has come forward so far. I had transplanted PR 131 using traditional method between June 18 and 20 and purchased the seeds from the PAU.”

Meanwhile, experts from the PAU visited the affected fields and are carrying out field research. The report would be submitted in a day or two. “Five to six years ago, a similar problem was observed. It had slightly different characteristics and was not widespread,” said an expert from the PAU.

Ludhiana Chief Agriculture Officer Amanjeet Singh said they had surveyed the fields around Samrala and Machhiwara as these areas were the most affected.