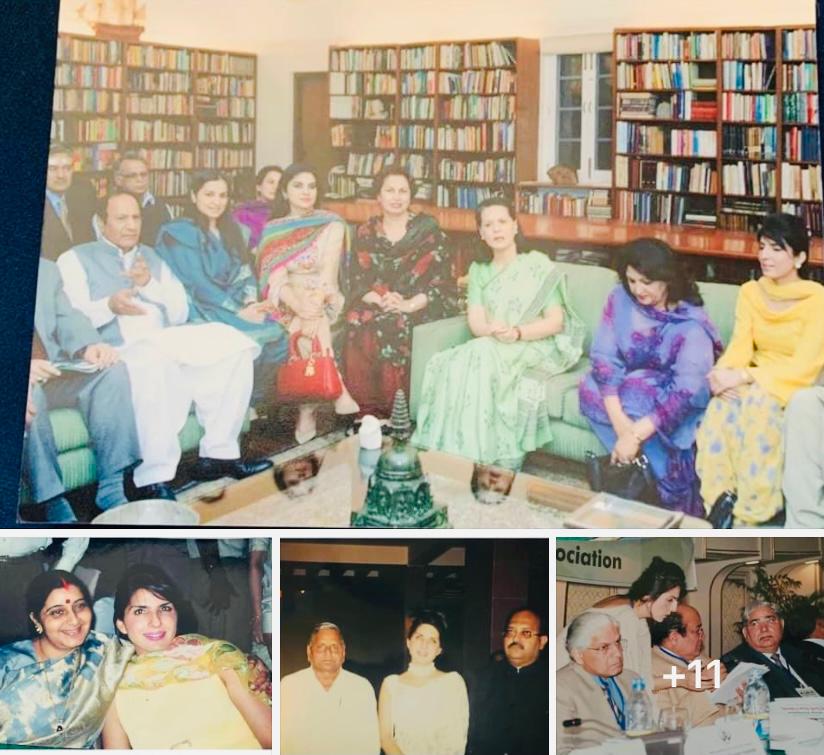 Amid a row over his friendship with Pakistani journalist Aroosa Alam, former Punjab Chief Minister Amarinder Singh on Monday released her pictures with some politicians and actors on his Facebook page.

Asking that if all these leaders and actors accompanying the Pakistani journalists are ISI's contacts, Singh asserted that he would have invited her again had there been no visa restrictions between India and Pakistan.

Amarinder Singh, who had faced an unceremonious exit from the state government, has been under attack from several Congress leaders over his friendship with Aroosa Alam.

Punjab Deputy Chief Minister Sukhjinder Singh Randhawa had gone to the extent of saying that a probe would be carried out to ascertain if the former Punjab CM's friend Aroosa Alam has links with Pakistan's spy agency Inter-Services Intelligence (ISI).

“I am posting a series of pictures of Mrs Aroosa Alam with various dignitaries. I suppose they are all also contacts of the ISI. Those who say so should think before speaking,” said Amarinder Singh on his Facebook page.

“Unfortunately, visas are banned at the moment between India and Pakistan. Otherwise, I would have invited her again,” he further said.

“Incidentally I am going to be 80 in March and Mrs Alam 69 next year. Narrow mindedness seems to be the order of the day,” he further stated.

Amarinder had resigned as the Punjab chief minister last month amid a bitter power tussle with Navjot Singh Sidhu.