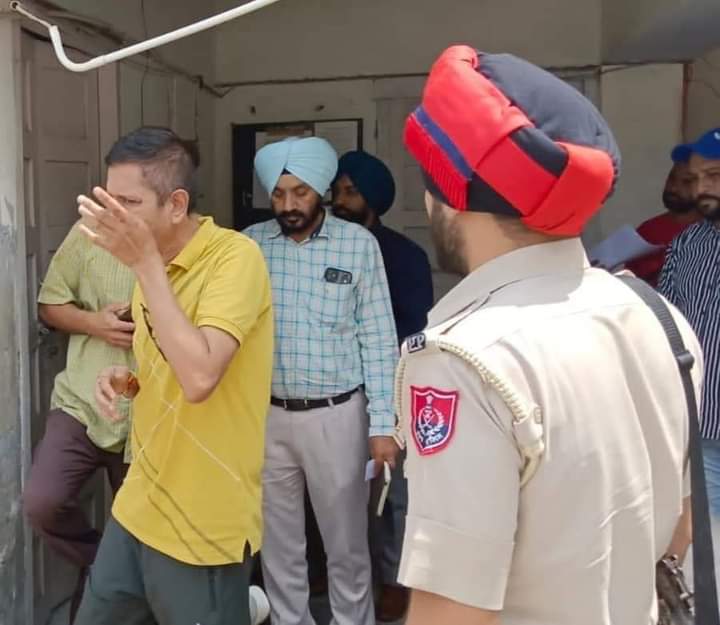 Vigilance Bureau sleuths at the RTA office in Sangrur on Friday.

The Vigilance Bureau (VB) has unearthed a vehicle fitness certificate scam at the Regional Transport Authority (RTA) office in Sangrur.

The scam was going on for the past eight years. More than 2,000 to 2,500 vehicles were being issued fitness certificates every month. VB spokesperson

The VB has arrested Gurcharan, Jagsir and Dharminder of Sangrur. They also seized Rs 40,000 bribe money, besides numerous documents. A spokesperson of the VB said involvement of Sangrur RTA, Motor Vehicle Inspector, clerical staff and middlemen has come to the fore.

He said they used to accept bribes for issuing vehicle fitness certificates without following the prescribed norms. He informed that every commercial vehicle has to be physically inspected by the Motor Vehicle Inspector at his office.

Revealing the modus operandi, the spokesperson said the officials in connivance with the agents were blatantly issuing fitness certificates in lieu of bribe ranging from Rs 2,800 to Rs 1,000 per vehicle.

He said the scam was going on for the past eight years and more than 2,000 to 2,500 vehicles were being issued fitness certificate every month.

It’s not possible for a person to physically inspect such a large number of vehicles and Rs 35 to Rs 40 lakh bribe money was being accepted every month, said the spokesperson, adding that the role of all officials posted in this office earlier would also be probed.

The accused have been booked under Sections 420 and 120B of the IPC and Sections 7 and 7A of the Prevention of Corruption Act.