8,000 bags from Bihar brought to Bathinda 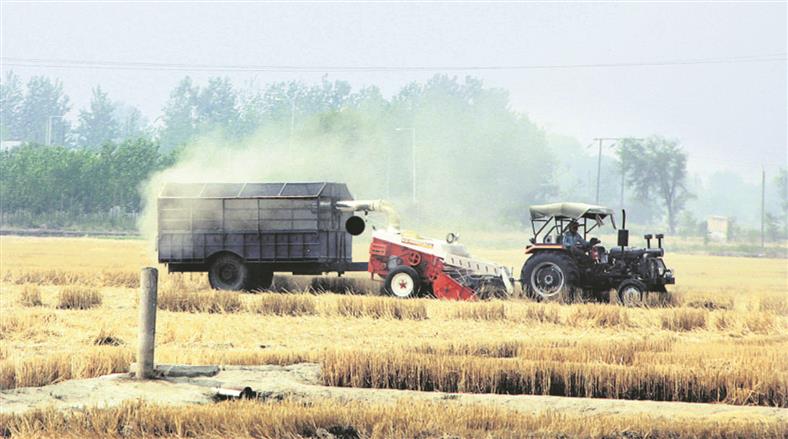 Wheat procurement is to start in Punjab from Saturday, smuggling of grain from states where no MSP is paid has already begun

Even as wheat procurement is to start in Punjab from Saturday, smuggling of grain from states where no MSP is paid has already begun. At least 24 wheat trucks from other states reportedly arrived here last night.

Sources say traders buy wheat at Rs 1,100 per quintal from other states and sell it in Punjab at the MSP of Rs 1,925 per quintal. Even after paying Rs 225 per quintal transportation and other costs, the traders make over Rs 2 lakh per truck carrying 400 quintals of wheat.

The matter came to light after acting on a tip-off, local BJP leader Sukhpal Sra and his supporters reached the grain market late last night and found wheat-laden trucks parked there. They called the police. Sra alleged many drivers fled with their trucks, but three of them were nabbed.

Inderjit Singh, a truck driver, said: “I had brought 380 quintal of wheat from Darbhanga (Bihar). I was told to unload it at a chemical factory here.” Following the incident, farmers under the banner of BKU Sidhupur started a protest at the grain market, demanding a probe into the illegal practice. Kuldeep Singh Brar, DGM (Ferozepur Division), Punjab Mandi Board, said: “Around 20 trucks laden with wheat were brought here from Bihar and Rajasthan. Unscrupulous traders were trying to sell the low-priced grain at MSP here.” Daljit Brar, SHO, Kotwali police station, said three trucks were seized and an FIR was registered against two firms.