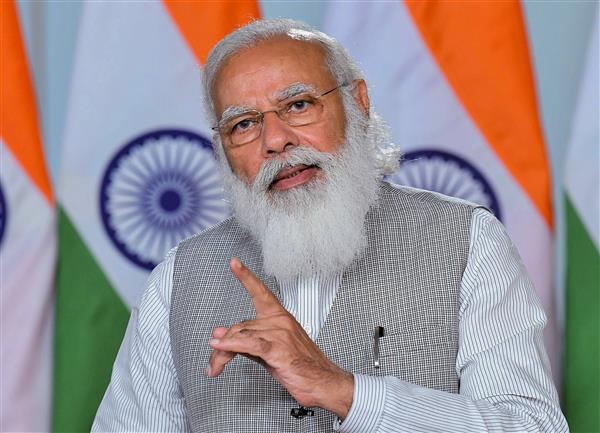 Prime Minister Narendra Modi today called climate change and the resultant natural disasters a huge challenge to the world and asked IITs to help develop disaster resilient infrastructure that can withstand their effects.

Addressing the 66th convocation of IIT, Kharagpur, the PM said, “Disaster management is a subject which the world has looked up to India. During major disasters, along with life, infrastructure is most affected.” He added that realising this two years ago India took the initiative of establishing Coalition for Disaster Resilient Infrastructure in the United Nations.

“Climate change is a major challenge before the world. India drew the attention of the world to the issue of disaster management. You can see what happened recently in Uttarakhand. We should focus on improving a disaster-resilient infrastructure that can withstand natural disasters,” he said, referring to the concept of the International Solar Alliance for safe, affordable and environment-friendly energy presented by India to the world.

He also hailed IITs for their role in developing technology to battle Covid-19. Asking students to work on finding futuristic solutions to other health care problems, he said a huge market had emerged for personal healthcare equipment. The market for health and fitness-related equipment was also increasing, he added.

Telling students that they “represent the aspirations of 130 crore people of India”, the PM said IITs also need to transform from being just Indian Institutes of Technology to institutes of indigenous technologies. Asking them to adopt the “mantra of Self 3”- self-awareness, self-confidence and selflessness - he advised the students to “recognise their potential and move forward with full confidence and selflessness”.