1 short of Rafael Nadal’s 22, Serb barred from US Open due to anti-vax stand 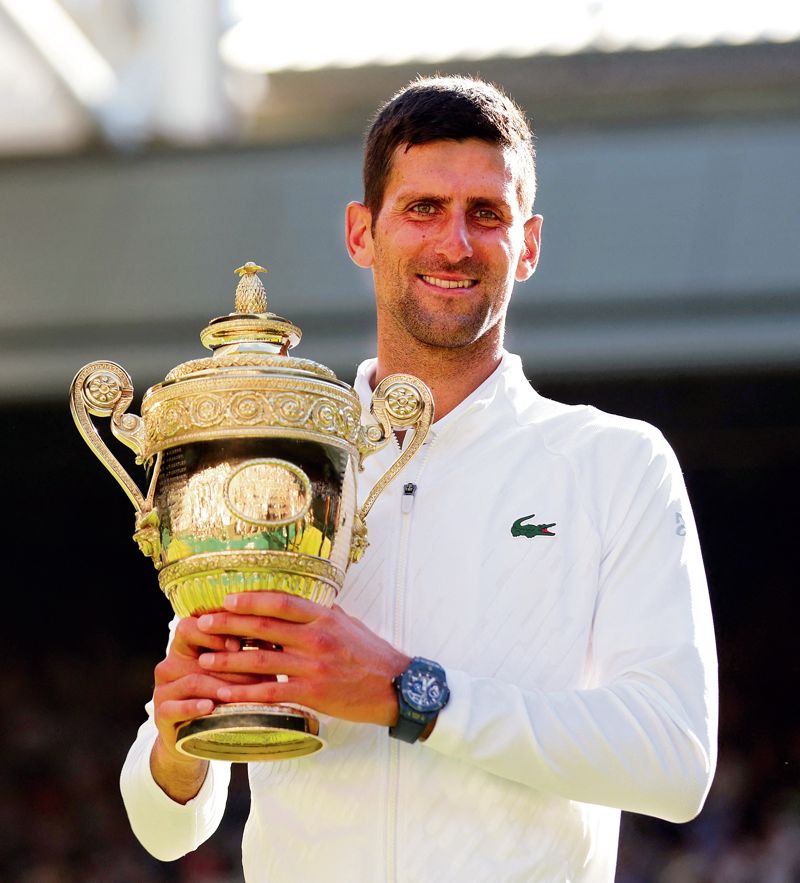 Fresh off a seventh Wimbledon championship, which gave him his 21st Grand Slam title — one ahead of Roger Federer, one behind Rafael Nadal — Novak Djokovic is headed off to vacation. What’s unclear is exactly how long a break he will take.

And when he will be able to resume his pursuit of the Major trophies he figures, correctly, that fans, and history, value the most.

The next Slam tournament is the US Open, and as of now, Djokovic can’t participate because he is not inoculated against Covid.

As an unvaccinated foreigner, though, he can’t enter the United States. He tried to get around coronavirus-related rules at the Australian Open in January via a tournament-backed exemption, ended up in court and in detention, and eventually had his visa revoked and was deported from that country — which all could hamper efforts to return there in 2023.

So it’s truly hard to know what’s next for Djokovic.

It is certainly an unusual sort of limbo.

This is all up to him, of course, and he has steadfastly insisted — and insisted again Sunday after beating Nick Kyrgios 4-6 6-3 6-4 7-6(3) on Sunday at the All England Club — “I’m not planning to get vaccinated.” — AP