6 years on, integrated township in Amritsar a distant dream 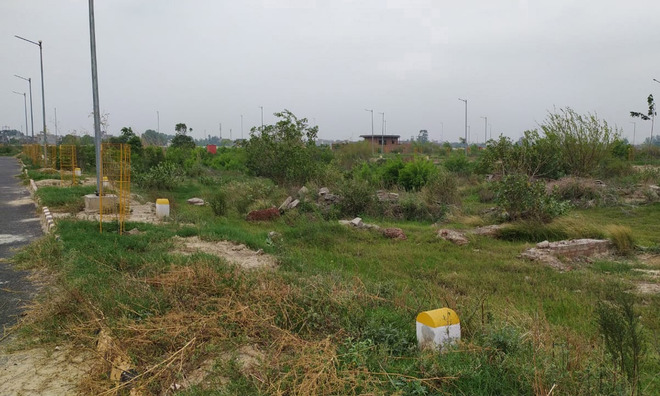 A decade after the concept of integrated township-cum-international trade and exhibition centre was mooted for the holy city, it still occupies space on drawing sheets it seems.

A decade after the concept of integrated township-cum-international trade and exhibition centre was mooted for the holy city, it still occupies space on drawing sheets it seems.

Nearly six years after holding the draw of lots, its allottees have been paying EMIs of housing loans for the houses, whose possession of land has not been given to them till now. They are running from pillar to post from one leader of the ruling party to another to impress upon the PUDA to at least provide the basic amenities.

The proposed residential area was named Sri Guru Ram Dass Urban Estate and allottees formed the Sri Guru Ram Dass Urban Estate Association to take up their cause with the authorities concerned. Surinder Pal Chauhan, one of the allottees, said the allotment letter categorically stated that the possession of plots would be given within 90 days from the date of issue of the allotment letter. The allotment letters to 389 allottees were given in 2016 after conducting the draw of lots on March 3, 2016. They were asked to deposit 25 per cent of the total cost in 90 days. Earlier, the scheme was floated in November 2015.

Chauhan said he had deposited Rs54 lakh, which was the entire cost of the plot, in a go and after shelling out Rs6 lakh, secured its registry. In this process, he had taken a loan from the bank. “During the last five years, I have paid Rs14 lakh interest only,” he said.

However, there is no provision of penalty on PUDA for delay in providing possession to allottees, he rued.

Amandeep Kaur, Additional Chief Administrative Officer, PUDA, said: "I joined here a week ago and as far as I am aware, the NOC from the PSPCL is yet to be secured to provide the power supply. Other basic amenities have been provided." On the work of convention centre, she said the Punjab Infrastructure Development Board (PIDB) was taking care of that and its tendering process was underway.

No progress so far