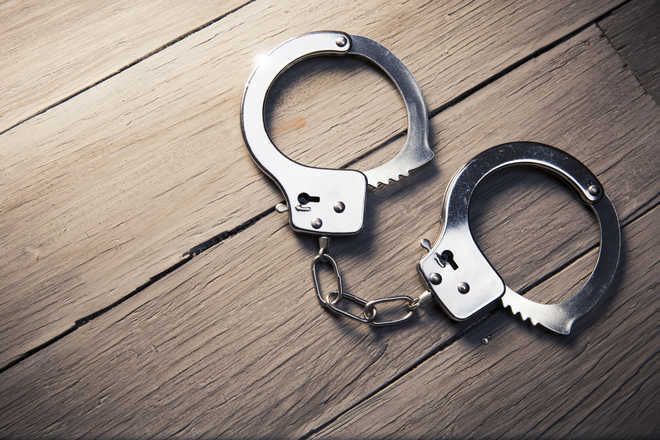 Acting of a tip-off, the Islamabad police on Thursday arrested five robbers and recovered two mobile phones, three daggers and a bike from them. Photo for representation only.

Acting of a tip-off, the Islamabad police on Thursday arrested five robbers and recovered two mobile phones, three daggers and a bike from them.

Those arrested have been identified as Deepak, Gagan and Rohit, both residents of Khandwala; Davinder Singh, alias Vishal, of Putlighar area and Harman Kumar, alias Gol Gappa, of Kot Khalsa.

One of their accomplices identified as Kacha of Wadali area managed to slip from the spot. Sub-Inspector Sulakhan Singh, Investigating Officer in the case, said the police got specific input that the accused used to rob people by pointing sharp weapons at them and that they were hiding at a secluded place near Joura Batha Bohri Sahib Road and were planning some loot. Following this, a raid was conducted and five of them were arrested. He said the police confiscated three daggers from them on the spot besides recovering two mobile phones and a bike. Antecedents of the bike were being verified and raids were on to nab their sixth accomplice. A case under Sections 399 and 402 of the IPC was registered against them. The accused reportedly confessed to committing robberies in Ranjit Avenue. — TNS