GNDU nod to Rs 589-cr budget for next fiscal 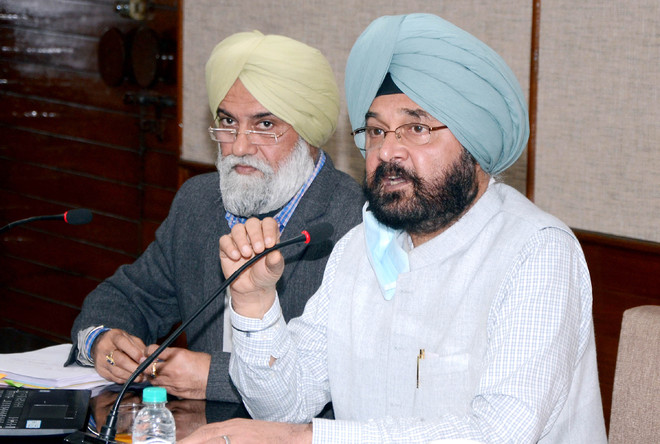 The Senate and the Syndicate of Guru Nanak Dev University have approved the Budget estimates of around 589 crore for the year 2021-22. The university would spend 51.71 per cent of this amount on further improvement in teaching, allied teaching, research and education.

Vice-Chancellor Prof Jaspal Singh Sandhu said during the previous financial year, the university had spent Rs 2.45 crore on helping economically backward and meritorious students in the form of fee concessions. The fee claims of up to Rs 7.70 cr of 1,040 SC candidates under post-matric scholarships for SC students has been sent to the state government and online claim for 78 students under the National Scholarhip scheme has also been sent to the state government.

For 2021-22, the university would largely spend on upgrading the teaching and allied teaching tools, while 12.25 per cent has been earmarked for non-teaching departments, 10.57 per cent on general administration, 3.70 per cent on the conduct of examinations, 14.75 per cent on miscellaneous (teaching, non-teaching and others) and 7.02 per cent would be spent on construction purposes.

The Punjab Government has increased maintenance grant for 13 constituent colleges of the university to Rs 74.73 crore. Similarly, the university is also expected to receive a grant of 41.45 lakh for establishment of Jallianwala Bagh Chair at university campus. GNDU has also set up International Students Cell at the campus to encourage foreign students and it would be upgraded in the current year. As many as 500 research scholars are conducting research in various subjects with the grant received from various funding agencies under different schemes.

The university had been given a grant of Rs 49.10 crore to celebrate the 550th Prakash Purb of Sri Guru Nanak Dev University, out of which Rs 24.56 crore has been received. A grant of Rs 3.50 crore under RUSA 2.0 scheme and Rs 1 crore grant for School of Education has been received for the year 2020-21.