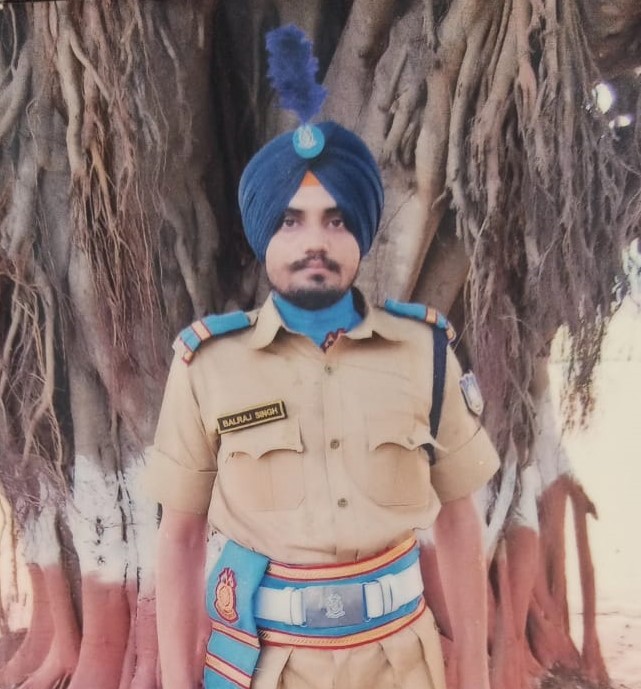 Tarn Taran: Balraj Singh, a CRPF CoBRA battalion commando, who was injured in a Naxal attack a few days ago in Chhattisgarh, had been discharged from hospital on Thursday. He is a resident of nearby Kaler village. He was one of the jawans who received serious injuries in the blast in Chhattisgarh, which claimed the lives of 22 jawans. Balraj Singh had received a bullet injury in his stomach while his colleague Abhishek Pande’s foot was blown in the Naxal blast. Ignoring his serious condition, Balraj Singh tied his turban to the injured parts of Abhishek Pande and covered over a 3-km-long stretch in a wild area and brought him to the helipad to be taken to the hospital. Parwinder Singh, leader of the Kalpna Chawala Society that honoured the family of the brave jawan (Balraj), said Balraj too would be honoured. OC

One arrested for raping teen

Tarn Taran: Gurwinder Singh, a resident of Sarli Khurd, was arrested by the Verowal police for allegedly raping a teenage girl of the same village here on Friday. In her statement to the police, the victim said the accused had been threatening and outraging her modesty for the past year. The accused called her to come out of the house in the midnight of April 4 and took her to some abandoned place when the family members of the victim came to know about the incident. The accused left her behind on the spot and escaped, but he was arrested on Thursday. A case under Sections 376 and 506 of the IPC and Section 6 of the POCSO Act had been registered against the accused. OC

Tarn Taran: The Health Department launched a drive to vaccinate judicial officers against Covid-19 at the local Judicial Court Complex here on Friday. Under the supervision of District and Sessions Judge Priya Sood, the drive was launched at the court complex. Gurbir Singh, Civil Judge (Senior Judge), said as many as 73 heads were vaccinated. All the staff members of the courts, members of the Bar Association and their clerks would be vaccinated. OC

Tarn Taran: The entire staff (teaching and non-teaching) of Sri Guru Harkrishan Public School has been vaccinated in two phases. The drive was conducted under the supervision of SMO Dr Swaranjit Dhawan at the Civil Hospital. Principal Ranjit Bhatia had also urged his staff to get inoculated to tackle the pandemic. OC