A Day in the Life Of a Salon owner 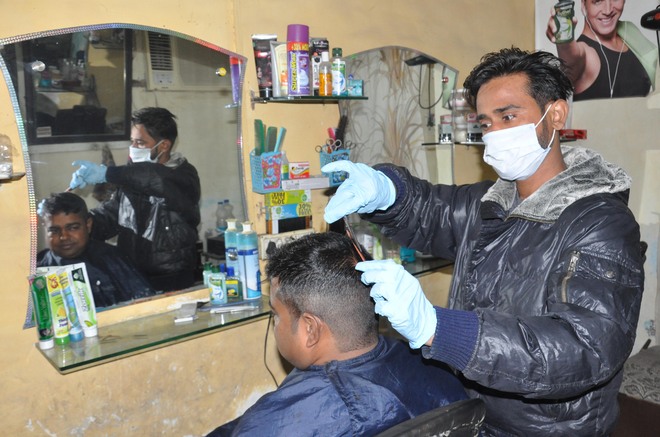 Raju, a salon owner, is now looking after the shop and customers on his own. Photo: Sunil kumar

The Covid pandemic has left him all alone with the chores of his shop. He was forced to lay off the two employees he had hired before the lockdown as the pandemic had eaten into his profits.

Raju, a salon owner, is now looking after the shop and customers on his own. His day starts at 7 am as he hurries to open his shop an hour later after completing his morning tasks and shutters are downed at 7 at night, with one hour lunch break in between.

They were not called back even after the opening of the lockdown because expenditures had to be brought down. The customers were most welcomed but owing to virus threat they were holding their horses lest they should get infected. Gradually, the people regained confidence and started coming as they used to do.

On the other hand, domestic expenditure also kept rising. His daughter is studying in Class X and son is a Class VII student. The shift to digital mode compelled him to buy a PC. “I had to buy a computer to continue their studies,” he feels the pinch.

Now, the competition in the field has also become thicker. “The virus taught people the value of skilled hands. The renewed attraction has beckoned many youngsters to start their own salons. Higher competition means that customers have more choices.”

Earlier, there were only a couple of salon shops in the locality. “Competition is becoming tougher and shriller with each passing day, requiring us to invest frequently in upgrading infrastructure and equipment at shops”, he tells as he gets down to business with a customer.