Crop diversification yet to gain ground

India is the largest producer, consumer and importer of pulses. Procurement at the minimum support price (MSP) was the catalyst that transformed India from a food-importing to a food-exporting country. 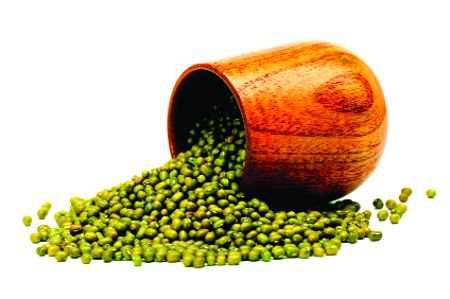 India is the largest producer, consumer and importer of pulses. Procurement at the minimum support price (MSP) was the catalyst that transformed India from a food-importing to a food-exporting country. However, procurement remained confined to wheat and paddy, and that too in the states where their production was surplus, resulting in depletion of the area under pulses and a deficit of supply compared to their demand. The latter is rising every year because of the perpetual  decline in the area under pulses and a surge in the population. The import bill for these items was $4,017 million in 2016. As the prices of pulses in other countries are also rising, so the fall in this bill cannot be expected till their import is not reduced.

The total area under pulses in the rabi and kharif seasons was 23.56 million hectares, with total production of 142.6 lakh tonnes in 1960-61. But the rise in demand of pulses was more than double because of the increase in population during this period. Though the MSP for pulses is announced every year, enhancement of the area or production remains a challenge. The comparative hike in the MSP of pulses has been more compared to the hike in the prices of wheat and paddy. The MSP of wheat was Rs 130 per quintal in 1980-81; it has now risen to Rs 1,840 per quintal. The MSP of paddy, which was then just 105 per quintal, has been raised to Rs 1,750. The prices of moong have risen from Rs 200 per quintal to Rs 6,975 during the same period; the MSP of lentil from Rs 200 to Rs 4,475; grams from Rs 145 to Rs 4,620; and arhar from Rs 190 per quintal to Rs 5,675. But this huge hike in the MSP has not been able to significantly boost the production of pulses, even as impressive results were achieved for wheat and paddy because of the assured marketing of those crops.

The research in new varieties of pulses gave encouraging results. The per-hectare yield of gram rose to 1,413 kg, whereas the yield of moong and lentil rose to 943 and 883 kg, respectively. Similar is the case of other crops of pulses. The cultivation of pulses is more economical as lesser irrigation, fertilisers, insecticides and other inputs are required.

India was the largest exporter of rice in 2015-16; it had sent 10.50 million tonnes and surpassed other rice- exporting countries such as Thailand, Vietnam, Pakistan, US and Myanmar. Now, India can easily afford to utilise part of the area under paddy and wheat to other crops, including pulses. In India, 85 per cent of the farm landholdings are below 2 hectares. Such households cannot cope with volatile prices or marketing.

The new procurement policy of the government envisages three alternatives. First, the Centre would procure other crops with the collaboration of the state government concerned. Second, the government would pay the balance between MSP and the market price, but the farmer has to get himself registered with the local regulated market. This is called the price deficiency payment scheme. In the third option, the private traders can purchase the produce, but they would have to pay the MSP. This is known as the private procurement and stockist scheme.

The first option is the most prudent. It is in the interests of the state to promote diversification in agriculture and provide assured marketing to enhance the area and production of pulses to make the country self-sufficient for its needs. In order to ensure self-sufficiency, the pulse requirement in the country is projected at 320 lakh tonnes by 2030.

Several states, primarily Madhya Pradesh, Uttar Pradesh, Maharashtra, Rajasthan and Andhra Pradesh, are growing pulses and the country has the potential to meet its needs even without imports. However, a flawed procurement policy prohibits farmers from growing pulses in place of wheat and paddy. Thus, about one-fifth of the country’s demand for pulses is being fulfilled by imports.