NEW YORK: That pint of ice cream after a nasty breakup may not do as much damage as you think. Despite the emotional turmoil, people on average do not report gaining weight after a relationship dissolution, says a new study. 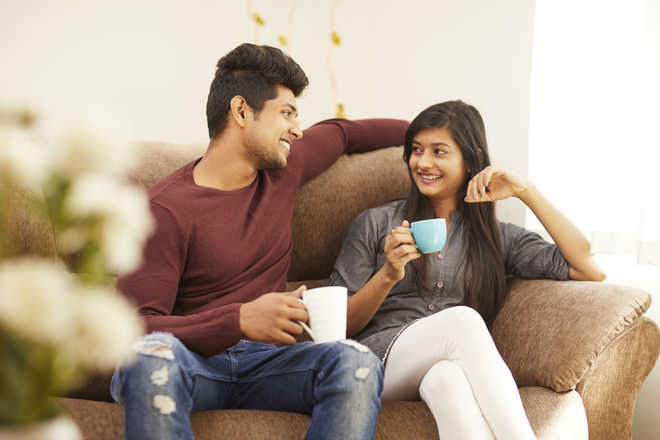 That pint of ice cream after a nasty breakup may not do as much damage as you think. Despite the emotional turmoil, people on average do not report gaining weight after a relationship dissolution, says a new study.

According to the researchers, it has been well documented that people sometimes use food as a way to cope with negative feelings and that emotional eating can lead to unhealthy food choices.

"...our research showed that while it's possible people may drown their sorrows in ice cream for a day or two, modern humans do not tend to gain weight after a breakup," said study author Marissa Harrison, Associate Professor at Penn State University in the US.

Breakups can be stressful and emotional, it could potentially trigger emotional eating.

"Food was much scarcer in the ancestral environment, so if your partner abandoned you, it could have made gathering food much harder," Harrison added.

For the study, published in the Journal of the Evolutionary Studies Consortium, the researchers completed two studies to test the theory that people may be more likely to gain weight after a relationship breakup.

In the first one, the researchers recruited 581 people to complete an online survey about whether they had recently gone through a breakup and whether they gained or lost weight within a year of the breakup.

Most of the participants—62.7 per cent—reported no weight change.

For the second study, the researchers recruited 261 new participants to take a different, more extensive survey than the one used in the first study.

The new survey asked whether participants had ever experienced the dissolution of a long-term relationship, and whether they gained or lost weight as a result.

The survey also asked about participants' attitudes toward their ex-partner, how committed the relationship was, who initiated the breakup, whether the participants tended to eat emotionally, and how much participants enjoy food in general.

While all participants reported experiencing a break up at some point in their lives, the majority of participants—65.13 per cent—reported no change in weight after relationship dissolution.

"The only thing we found was in the second study, women who already had a proclivity for emotional eating did gain weight after a relationship breakup. But it wasn't common," Harrison added. — IANS