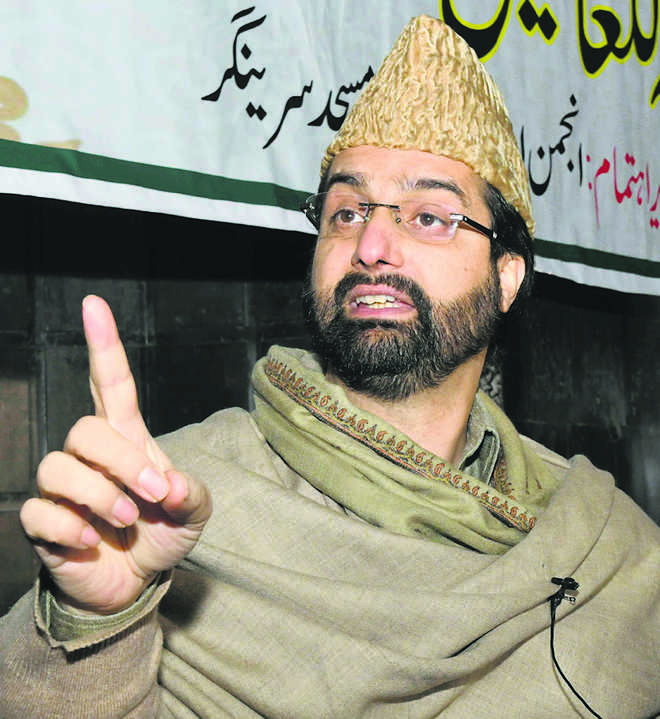 Orders in this regard were issued by the Commissioner Secretary, Home, Shaleen Kabra this evening.

An official statement earlier in the day had carried Hashim Qureshi’s name too. But the final order read: “As a first step, the security and allied arrangements awarded to the four separatists are being withdrawn immediately.” There was no mention of Qureshi.

Regarding a decision on other separatists, the order said a security review meeting would be held in Jammu on Wednesday.

Mirwaiz, with Y security, had 26 policemen guarding him and his residence. He had been allotted three police vehicles. Bilal Lone, the brother of Sajad Lone, had X security with 10 policemen. Shabir Shah is lodged in Tihar Jail. His wife Dr Bilquees said he had “no security cover” and his name on the list was “mere propaganda”.

The Hurriyat said the separatist leaders had never sought security.

“In fact, it was the government that insisted on keeping the personnel based on what they said was their assessment of threat perception. It was the government’s decision at that time, today it’s their decision to remove it. It’s not an issue for us,” it said. Suspected militants had killed Mirwaiz Umar’s father on May 21 in 1990 and Bilal Gani Lone’s father in 2002.

Hashim Qureshi heads the Democratic Liberation Party. He was one of the main accused in the Fokker hijack incident just before the 1971 Indo-Pak war.

In view of the threat to their lives, the government provided security to the leaders affiliated with the Mirwaiz-led Hurriyat.

Union Home Minister Rajnath Singh, during his visit to Srinagar on Friday, had said the security given to those “getting funds from Pakistan” and its snooping agency ISI should be reviewed.

“Some elements in Jammu and Kashmir have links with the ISI and terrorist organisations. Their security should be reviewed,” he had said.

In Tihar in terror funding case, heads Democratic Freedom Party, a constituent of APHC headed by Geelani. Considered pro-dialogue, was the first separatist leader to break ranks in early ’90s to have a dialogue
Security: No PSO attached