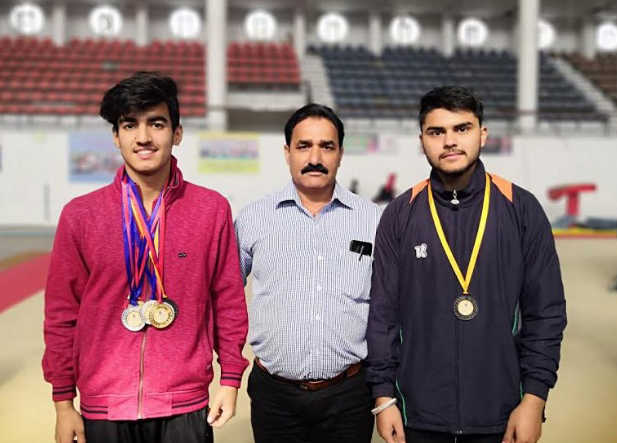 Ludhiana city-based Vinod Bhatt Chettri stamped his class and reaped a rich haul of 7 medals, including two gold medals in the 64th Punjab Schools Gymnastics Championship. The five-day event was organised by the Punjab Education Department at the Polo Ground, Patiala from December 3 to 7.

Besides, Vinod secured a bronze medal as he finished at third place in the pommel horse event to fetch his seventh individual medal.

Another trainee of this coaching centre, Prince Kumar, also made his presence felt in this championship. Prince won a bronze medal in table vault event in the same age group.

Both the gymnasts have been selected to represent the state in the 64th National School Gymnastics Championship scheduled to be held at Agartala in Tripura from December 16 to 20.

Ravinder Singh and Anu Verma, District Sports Officer and Principal of Police DAV Public School, respectively congratulated Vinod and Prince for their achievements. They also appreciated their mentor, Prem Singh for his guidance.