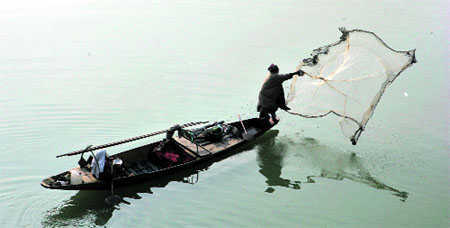 A team of Border Security Force jawans, patrolling the area, found the boats at Lakshman Point in Sir Creek, an estuary along the India-Pakistan border, around 8.25 am, the official said. The boats were carrying fishing equipment, but nobody was found on board, the official added.

Following the seizure, the BSF launched a search operation along the border area, he said, adding that nothing suspicious was found so far.

In a release, the BSF said, “A thorough search operation of the area has been launched. It is still underway, but so far nothing suspicious has been recovered from the area.”

Security agencies have reported several cases of Pakistani fishing boats lying abandoned in the area in the last couple of months. — PTI