NEW DELHI: An indigenous rocket as heavy as 200 full-grown Asian elephants could well be the one taking “Indians into space from the Indian soil” as the country inches closer to joining the big boy’s space club. 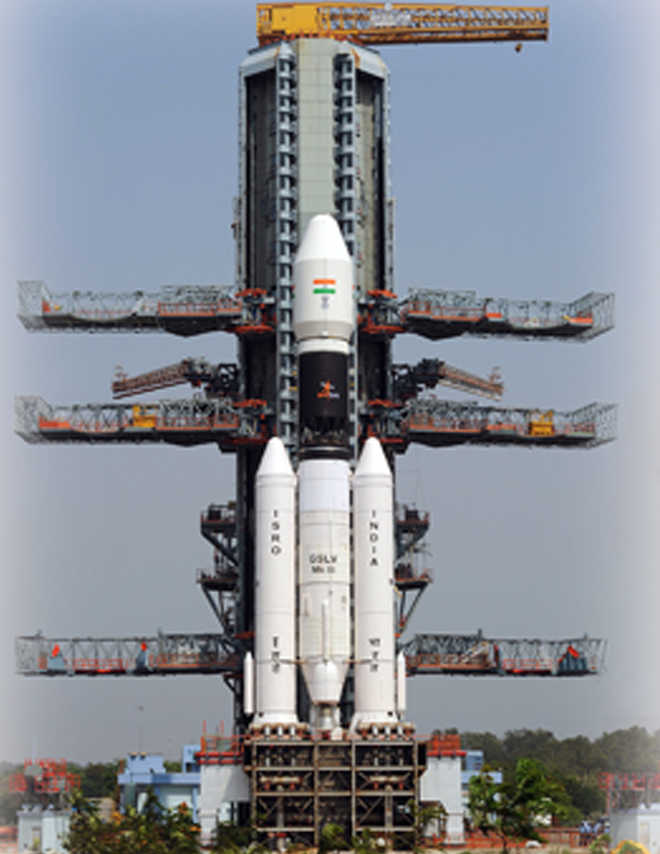 An indigenous rocket as heavy as 200 full-grown Asian elephants could well be the one taking “Indians into space from the Indian soil” as the country inches closer to joining the big boy’s space club.

Standing tall on the rocket port at Sriharikota in Andhra Pradesh is the country’s latest rocket called the Geosynchronous Satellite Launch Vehicle Mark-III (GSLV Mk-III), the heaviest rocket ever made by India that is capable of carrying the heaviest satellites till now.

“We are pushing ourselves to the limits to ensure that this new fully self-reliant Indian rocket succeeds in its maiden launch,” ISRO Chairman A S Kiran Kumar said.

It is the maiden experimental launch of GSLV Mk-III earlier named Launch Vehicle Mark-3, but if all goes on well in a decade or after a slew of at least half a dozen successful launches, this rocket could be India’s vehicle of choice to launch “Indians into space, from Indian soil using Indian rockets”.

This heavy lift rocket is capable of placing up to 8 tons in a low Earth orbit, enough to carry India’s crew module.

ISRO has already prepared plans of hoisting a 2-3 member human crew into space as soon as the government gives it a sanction of about 3-4 billion dollars.

If the human venture materialises, India would become only the fourth country after Russia, the US and China to have a human space flight program.

Incidentally, ISRO asserts the first Indian to go into space could well be a woman!

“In principle, it will be the GSLV Mk-3 or its variant that will be human rated in future,” Kumar confirms.

In the intense pre-monsoon heat, India’s rocket port is buzzing with feverish activity as engineers from the Indian space agency get set to launch an all-new indigenously-made rocket.

It is the heaviest fully-functional rocket to reach the launch pad weighing 640 tons or almost 5 times the weight of a fully loaded Jumbo Jet airplane.

The new rocket is capable of carrying satellites of four ton class into the geosynchronous orbit and opens a whole new window through which ISRO can now explore the universe.

It is estimated that the new rocket costs a whopping Rs 300 crore but the country would end up saving almost as much when an Indian launcher is used to place New Delhi’s communication satellites.

Kumar asserts that the GSLV-Mk III is a rocket designed and made in India from scratch and hence engineers from ISRO are very keen to tame this new monster in its very first attempt.

Not an easy task, since India’s track record suggests that maiden launches of its rockets often end up in failure.

Space fairing is a very risky business and all nations the US, France and Japan and even the new private companies have had failures in recent times like the spectacular Falcon-9 rocket in 2016.

Hopefully, the GSLV-Mk III will break that jinx.

India already has two operational rockets—the workhorse PSLV that can hoist satellites of 1.5 tons into space and was the preferred vehicle for India’s maiden mission to Moon and Mars.

The second—the Geosynchronous Satellite Launch Vehicle Mark-II can hoist 2 ton class of satellites and because of its repeated failures it was dubbed ‘the naughty boy of ISRO’.

Between them, ISRO has done 50 launches and recently even earned a world record by successfully placing 104 satellites in orbit.

The new GSLV Mk-III is an all new vehicle designed and developed in India and in 2014 a sub-orbital successful test of this vehicle was conducted to understand how it performs in the atmosphere.

The rocket never went into space but helped test India’s future astronaut capsule. It had a dummy cryogenic engine and was a single stage vehicle.

Even though the GSLV Mk-III is 43-m-tall, making it the shortest of the three big Indian rockets, it carries a huge punch as it weighs almost 1.5 times heavier than India’s next biggest rocket the GSLV Mk-2 and almost twice as heavy as India’s PSLV.

This monster rocket has an elegant design and is capable of carrying loads equal to the weight of two sports utility vehicles or SUVs into space.

The massive first stage along with strap-on boosters weighs 610 tons and comprises multiple engines all firing nearly simultaneously. It is the second stage which is all together a new animal for this mammoth rocket, it is a novel Indian cryogenic engine that weighs about 30 tons.

The new cryogenic engine is being tested on a fully functional rocket for the first time and it is the development of this technology that uses liquid oxygen and liquid hydrogen as propellant is what took more than 15 years for Indians to master.

There is a lot of excitement at the rocket port as Kumar says “a whole new rocket and an entirely new class of a high through put satellite system is all set to be launched”. — PTI