NEW DELHI: On cinema legend Sridevi’s 56th birth anniversary, Penguin Random House India has announced a book on the life of the actor. 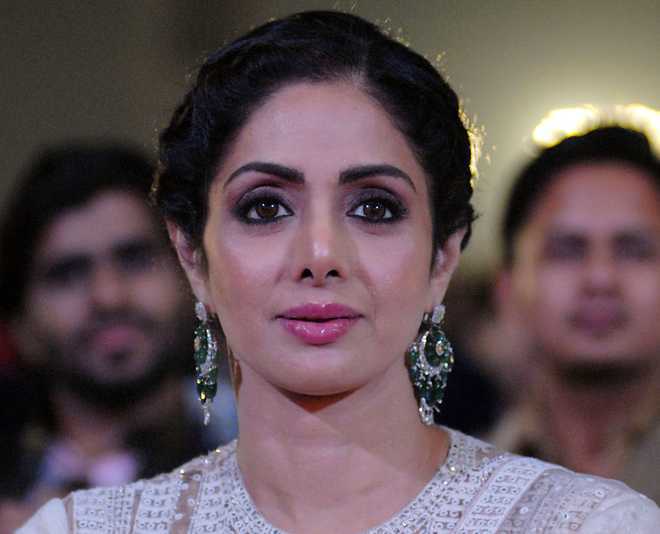 On cinema legend Sridevi’s 56th birth anniversary, Penguin Random House India has announced a book on the life of the actor.

According to a press release issued by the publication house, the book recounts the life and times of the iconic actor who changed how women stars were perceived in the male-dominated film industry.

The book will be published under the Ebury Press imprint of Penguin Random House in October 2019 and is available for pre-order on e-commerce websites.

“I have always been a huge admirer of Sridevi and this book gave me the perfect opportunity to celebrate the journey of India’s beloved screen goddess.

“It was wonderful interacting with various film personalities that she worked with over the years, and put together their memories and stories into a narrative that charts her saga from a child star to India’s first female superstar,” Satyarth said in a statement.

The writer revealed that the book would delve deep into Sridevi’s iconic body of work in Hindi, Tamil, Telugu, Malayalam and Kannada cinema.

“I am sure this comprehensive narrative on Sridevi will be embraced by millions of her fans from across the globe. I am indebted to Penguin for sharing my vision for this book, and would especially like to thank Boney Kapoor for being a pillar of strength in helping me realise my dream,” he added.

The book will not only chronicle Sridevi’s journey and successes in the Indian film industry but also her innings after her big screen comeback in 2012 with ‘English Vinglish’.

“Sridevi by Satyarth Nayak is a tribute to the actor and a gift for her fans. I would like to congratulate and thank Satyarth for painstakingly researching and beautifully narrating the life journey of one of India’s most iconic actors. I am delighted and excited to be publishing the book,” she added.

Sridevi passed away at the age of 54 in February 2018 in Dubai. PTI