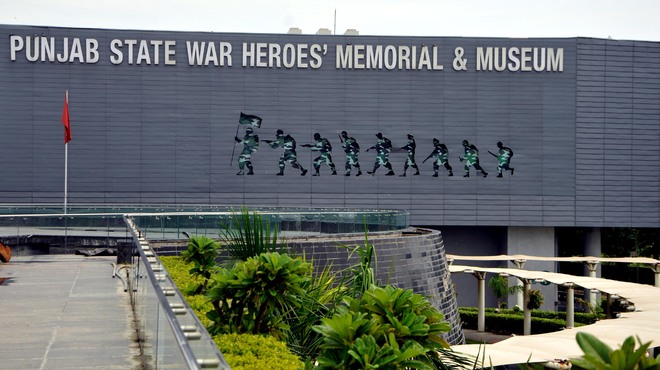 Stuck at home? Are you desperately wanting to go out to explore the city, but this pandemic is coming in the way of your travel plans? Well, no more, as The Tribune takes you on a virtual tour of the Punjab State War Heroes’ Memorial and Museum, that showcases the splendid history of the bravehearts of Punjab. Constructed at a cost of Rs150 crore and spread on 7 acres on the Amritsar-Attari road, the memorial is divided into eight different galleries or halls charting battle history from the bygone era, depicting the rich Sikh history and various wars. The then Chief Minister, Parkash Singh Badal, had inaugurated it in October 2016. A visit to the gallery will definitely leave one spellbound and full of patriotism, but for now, let’s take a tour, virtually… 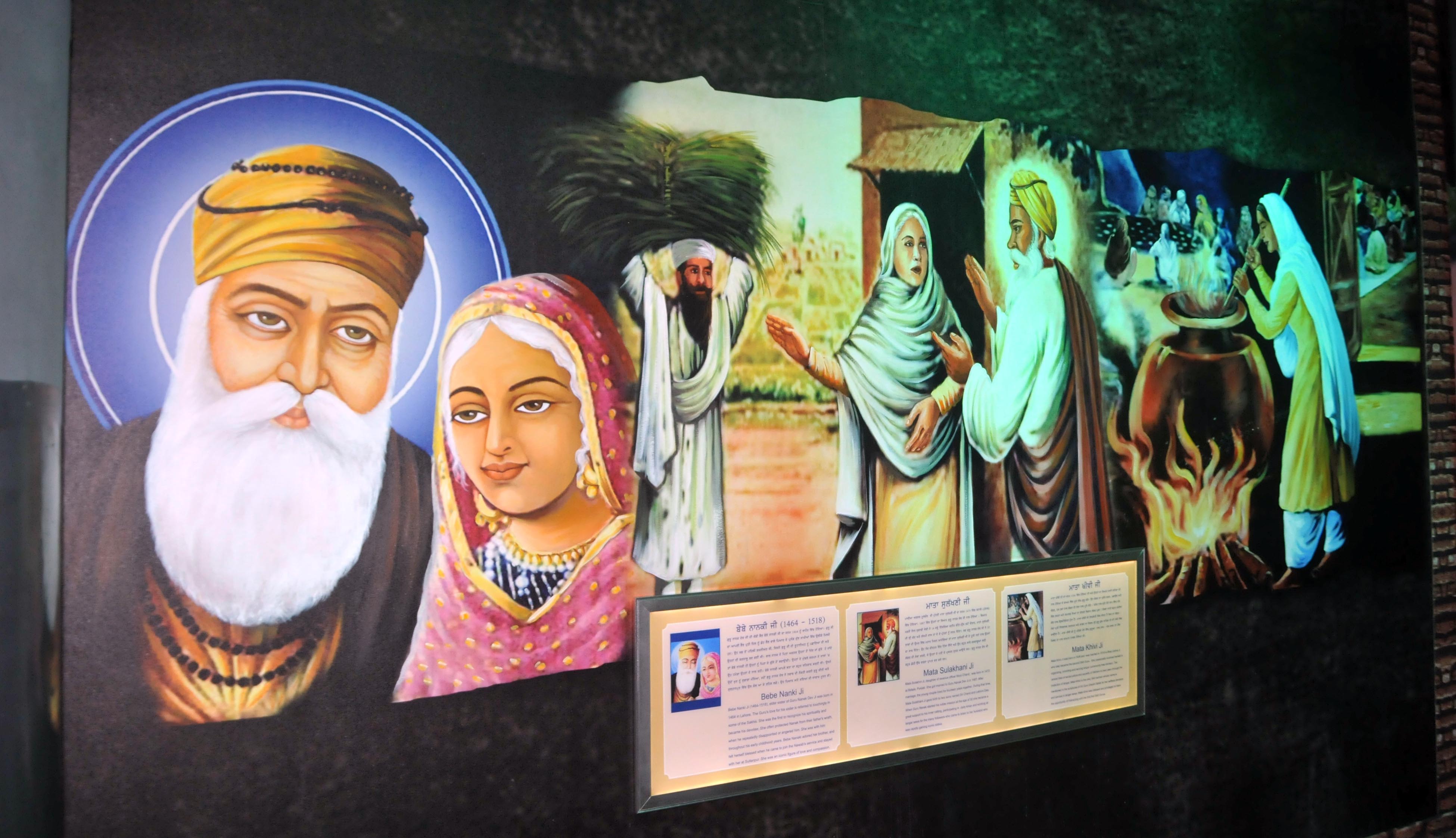 It highlights the role of Guru Hargobind Sahib, the sixth Sikh guru, and his contribution to the “martialisation” of the Sikhs. All four battles have been showcased along with the concepts of Akal Takht, Miri Piri. The life and battles of Guru Gobind Singh and his four sons have also been displayed. Mai Bhago, the warrior women who fought the battle of Muktsar, has also been shown prominently. The graphic presentations beautifully reveal the emergence of Baba Banda Singh Bahadur, the history of Sikh misls and their rule. 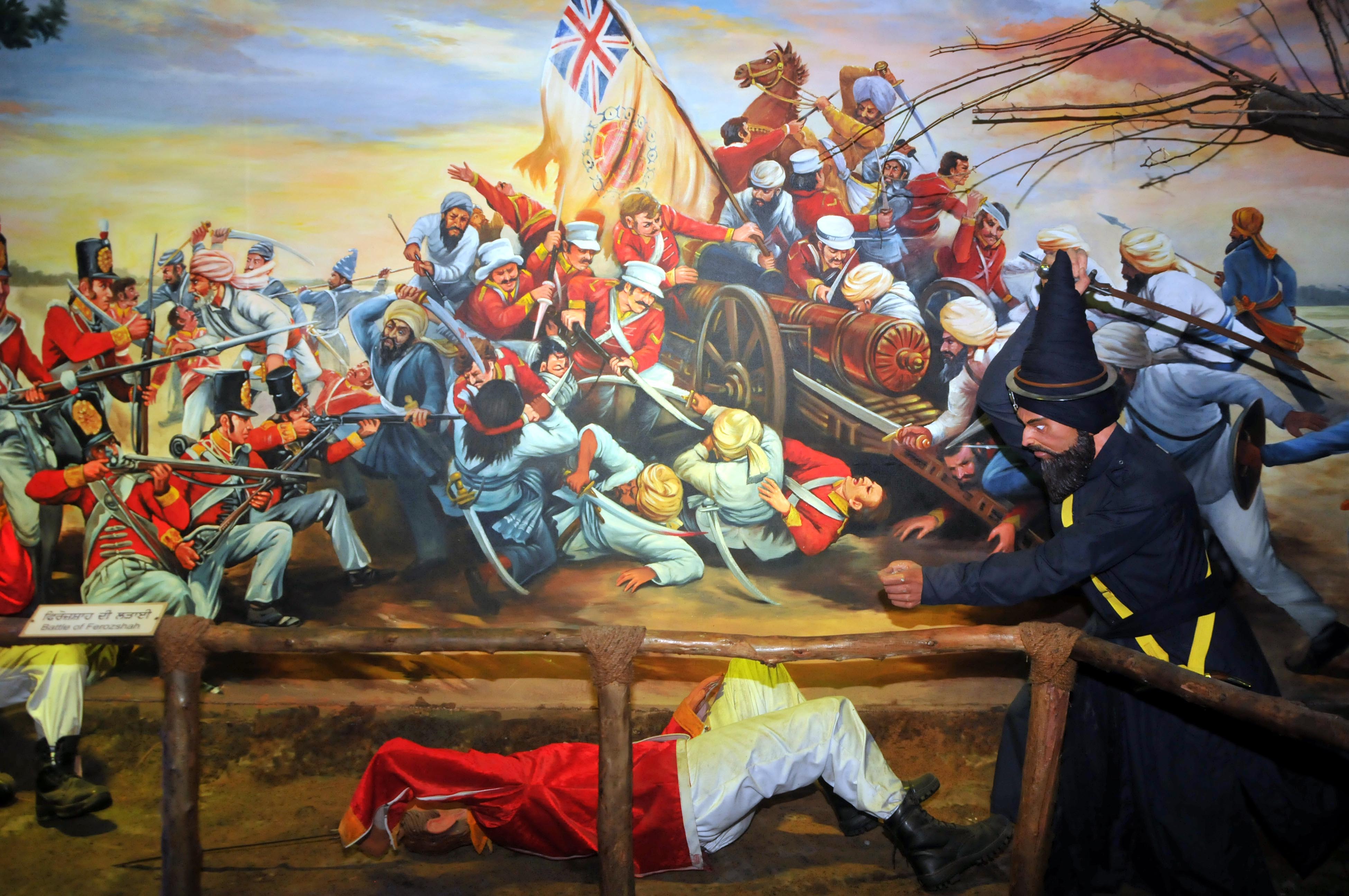 The gallery showcases the rise of the Sikh empire under Maharaja Ranjit Singh and his achievements, his major battles along with the Ropar Pact, journey of Kohinoor and Anglo-Sikh wars. 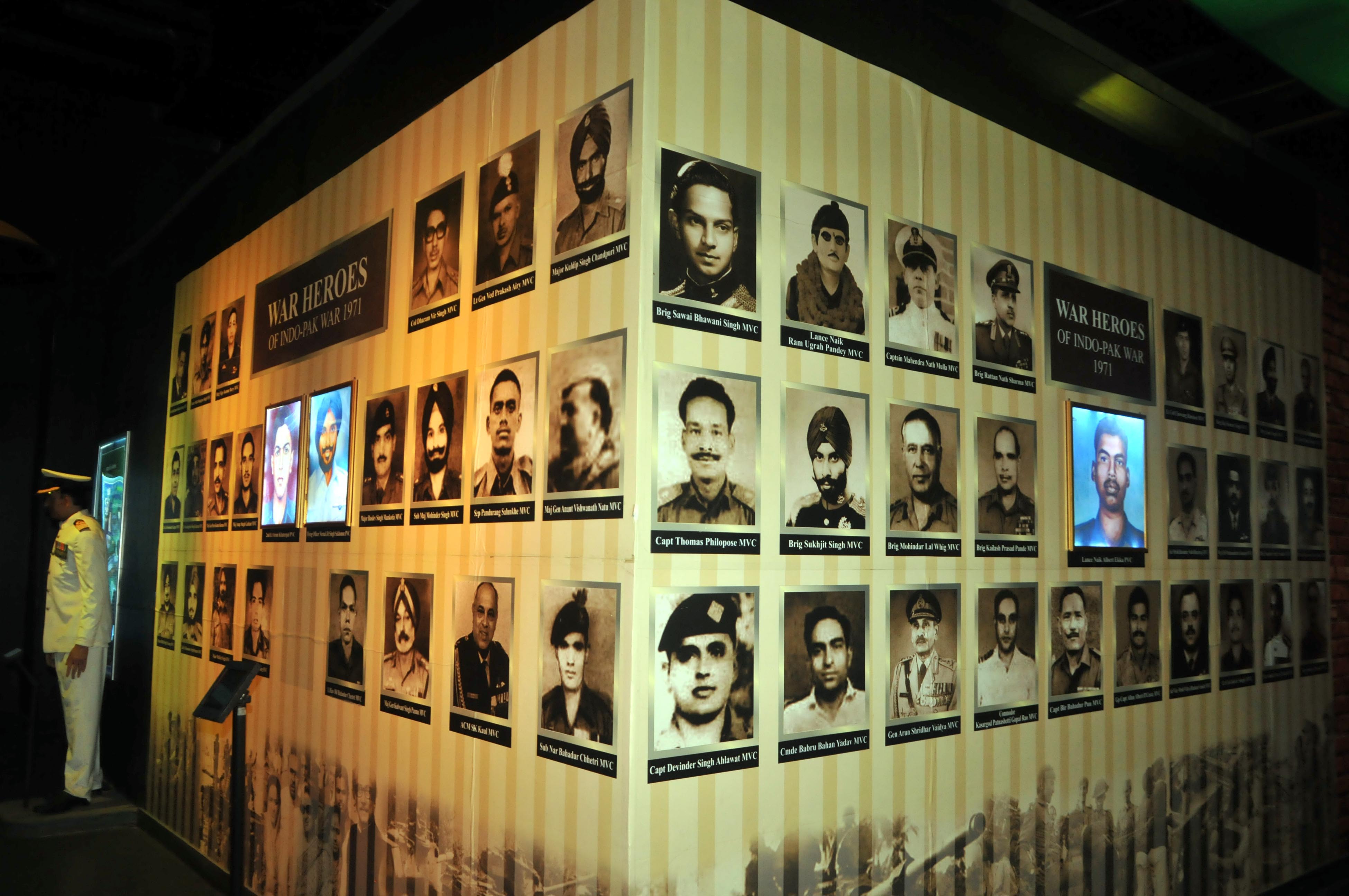 The gallery is still under-construction, which would display the contribution of Punjabis in World War I and II. 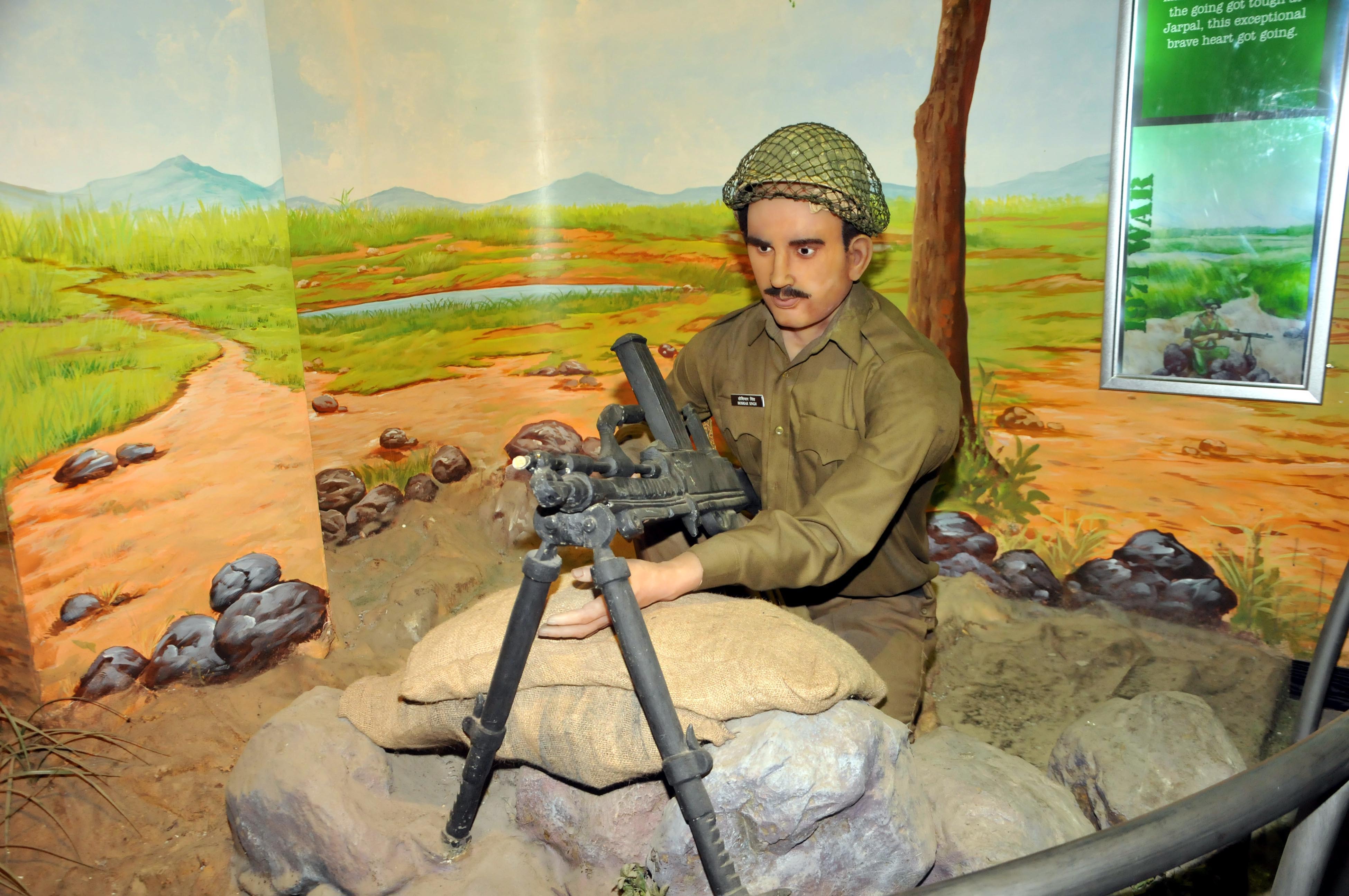 It depicts the bravery of Indian soldiers during the Indo-Pakistan War of 1947-1948, known as the first Kashmir War. It shows the contribution of soldiers, who were responsible for protecting Srinagar. 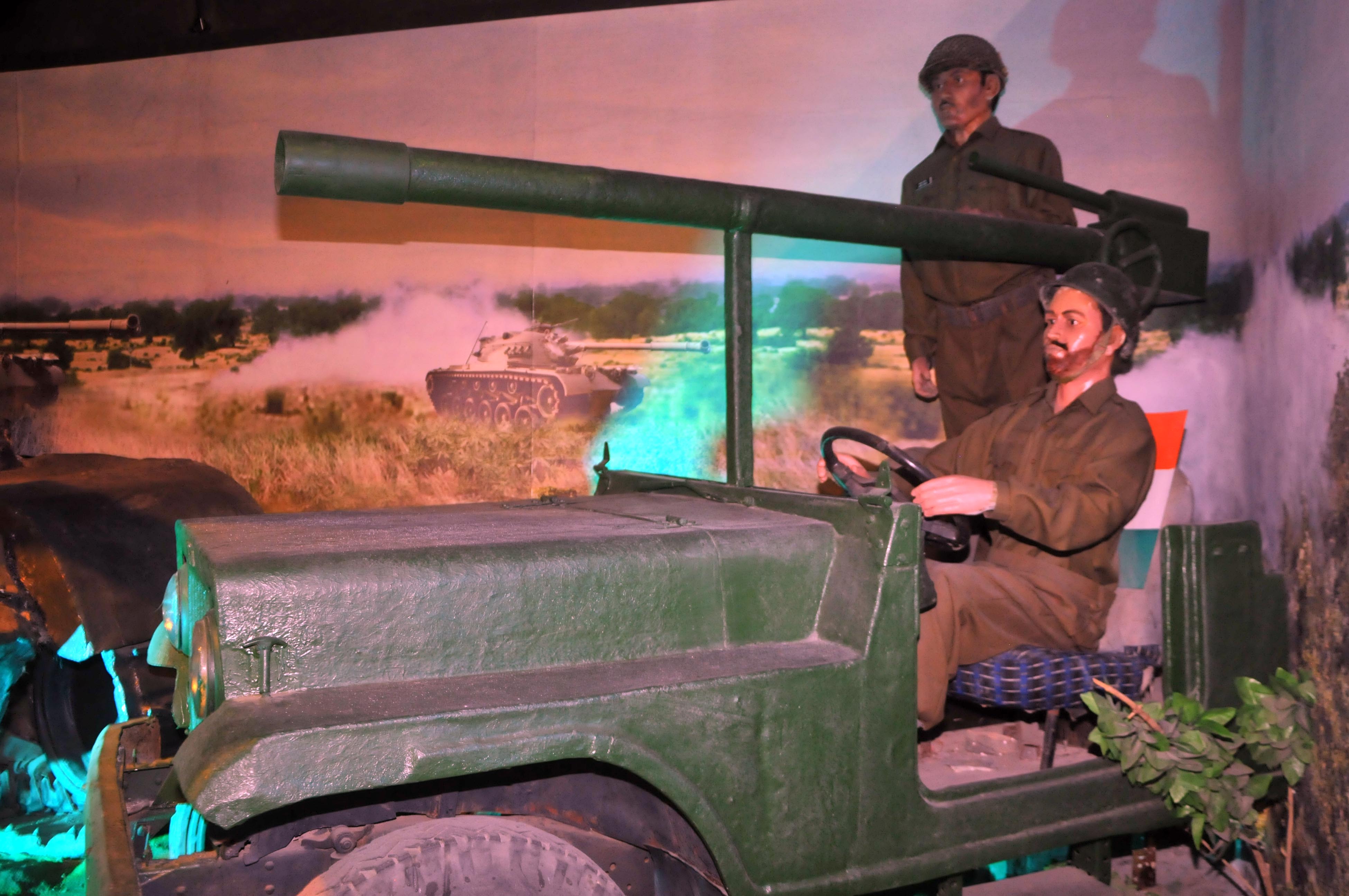 It showcases the Indo-China war in Ladakh region and North East, in which Subedar Joginder Singh posthumously received India’s highest military gallantry award — the Param Vir Chakra. While in the 1965 war, the role of Abdul Hamid in Khemkaran Sector has been given a peculiar display. The Indian Army destroyed 91 tanks of Pakistan. At the gallery, fiber glass tanks have been made to give it a real war effect. A statue of then Prime Minister Lal Bahadur Shastri has also been installed. 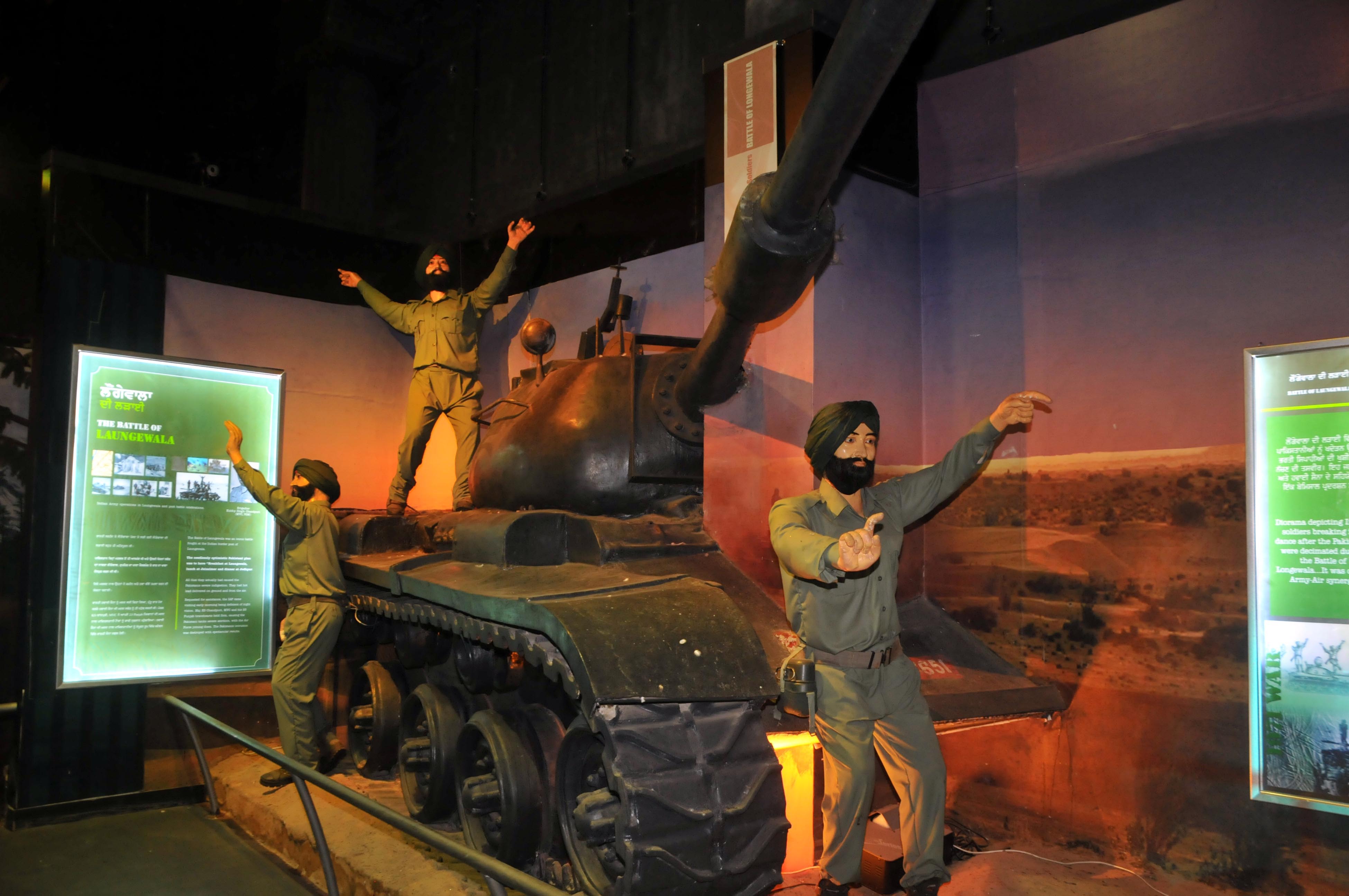 This gallery depicts the bravery of Army men at Longewala border. A statue of Kuldeep Singh Chandpuri has also been installed. A fiber model also exists, in which jawans are seen celebrating the victory by dancing on tanks. 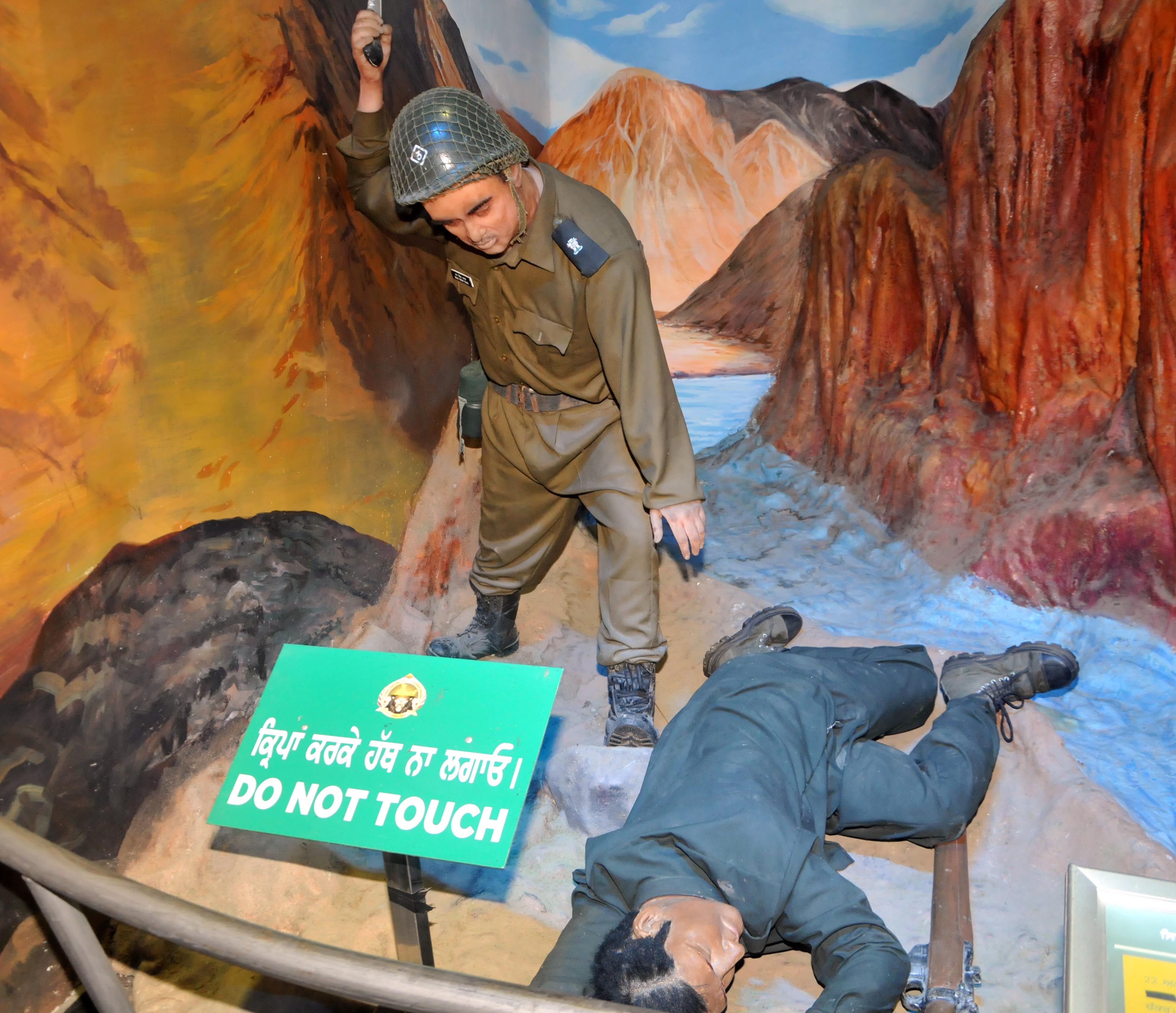 Last but not the least, a recently constructed gallery shows the glimpses of the Kargil War. Modern techniques have been used to showcase the actions of wars on Tiger Hill.