Punjab farmers give thumbs down to wheat MSP hike 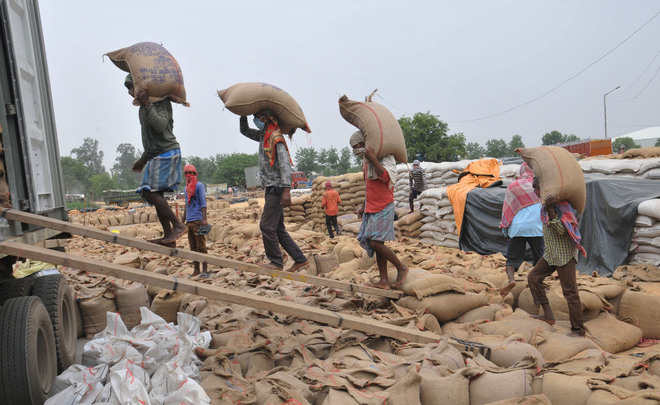 Punjab farmers are unhappy with the Centre’s decision to increase wheat MSP by only Rs 40 for the 2022-23 season, saying the new prices were “grossly inadequate” to meet even the input costs.

Punjab farmers are unhappy with the Centre’s decision to increase wheat MSP by only Rs 40 for the 2022-23 season, saying the new prices were “grossly inadequate” to meet even the input costs.

Rejecting the hike, farmers questioned the Centre’s intentions on the issue of giving remunerative prices to farmers.

Bhartiya Kisan Union Ekta Ugrahan state secretary Shingara Singh Mann said the Centre had increased the wheat MSP by just Rs 40 per quintal. “This meagre increase in wheat prices does not even cover the cost of increased diesel prices,” he said. According to the Swaminathan Commission report, all actual expenses should be calculated and the prices of all crops fixed at reasonable profit.

At its meeting with farmer organisations, the Union Government talked about continuing with the MSP, but only three crops were procured in two or three states. He demanded that the government procurement of all crops should be guaranteed in all states by fixing reasonable prices.

Farm leader Jasveer Singh Burj Sema said, “The government is fooling farmers. It has increased the MSP of mustard, masur, gram and barley, but who purchases these crops on MSP as these are sold at very low prices. So, until these crops are procured by

the government, farmers won’t get any benefit. If the government really wants to help farmers, it should guarantee MSP on all crops,” he said.

SAD president Sukhbir Singh Badal on Wednesday said at a time when farmers across the country were agitating against the three laws, the Centre had gone ahead to announce the lowest MSP hike in recent years. “This is akin to sprinkling salt on the wounds of farmers,” he said.