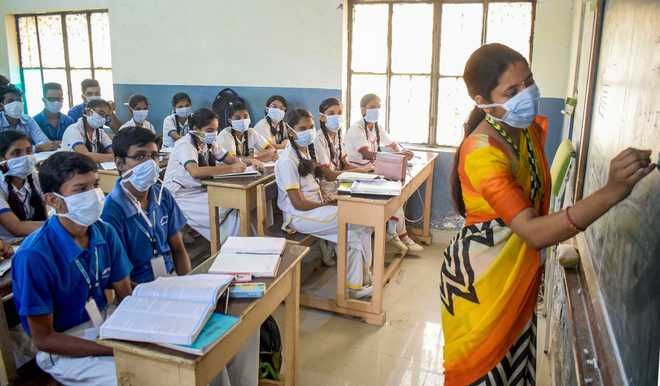 The district administration today issued SOPs to be followed for reopening schools for classes IX to XII and coaching centres from October 15 onwards outside containment zones.

Deputy Commissioner B Srinivasan said, “The schools and coaching centres outside containment zones will be allowed to operate from October 15 onwards. Students from classes IX to XII can start attending their classes, but only after getting approval from their parents for the same.”

The DC added schools that were allowed to operate would have to comply with the SOPs issued by the Health Department. “Wearing of masks and ensuring proper sanitisation measures will be mandatory. To ensure social distancing, space of rooms, open spaces must be considered and punitive action will be taken against those found violating the directions,” said the DC. — TNS