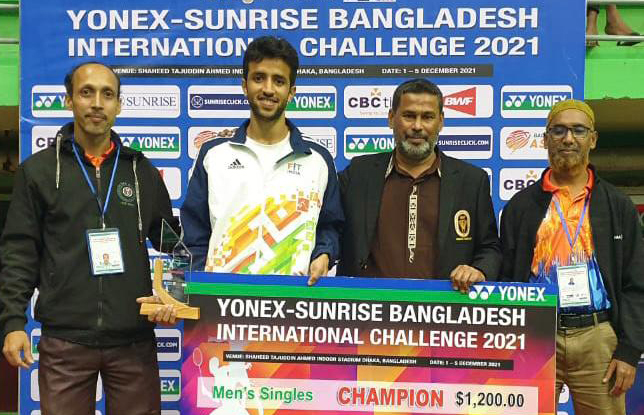 Abhishek Saini (centre) after winning a tournament at Dhaka in Bangladesh.

Abhishek ousted Rithvik Sanjeevi in straight games 21-15 21-18 to claim the title. In the semifinals, he overpowered a tough challenge by Kartike Gulshan to register a comeback 17-21 21-15 21-15 victory.

Abhishek has already won titles at various state championships and won gold medals at all-India inter-varsity championships. He has represented India in the World University Tournament.

This is for the first time that he won a Badminton World Federation-approved international tournament. He is perhaps the first local player to win the gold medal in the championship. — TNS