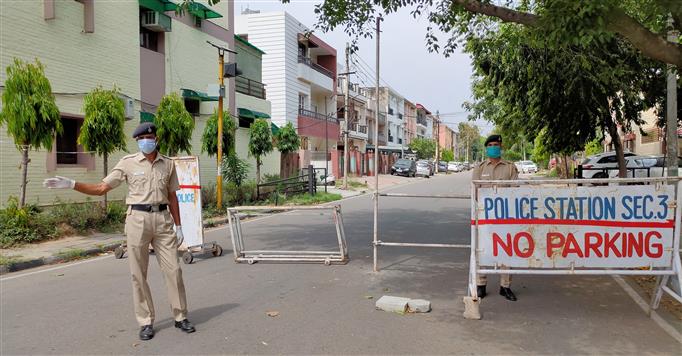 The UT Administration on Monday lifted night curfew in Chandigarh from September 1. The night curfew was in force from 10 pm to 5 am. The bars will also open.

The meeting was attended by Manoj Parida, Adviser to the Administrator, and Sanjay Beniwal, Director General of Police at Punjab Raj Bhawan.

Dr Jagat Ram, Director, PGIMER stated that they have 164 Covid patients in Nehru Hospital Extension, out of which 57 belong to Chandigarh, 55 to Punjab, 31 to Haryana and 11 to Himachal Pradesh.

He also mentioned that they have tested 737 samples, out of which 129 were found positive. Among the positive samples, 61 belong to Chandigarh.

Dr BS Chavan, Director Principal, GMCH, mentioned that they tested 357 samples, out of which 160 were found positive.

He also mentioned that 82 patients have been discharged after medical treatment.

Dr G. Dewan, Director Health Services stated that they have conducted 898 Covid tests. He also mentioned that 4,500 patients have been treated in OPD and 377 indoor patients are being treated for various non-Covid diseases.

Dr G. Dewan, Director Health Services, mentioned that till date 52,348 Digital Health Cards have been generated from the residents of Chandigarh.

Deputy Commissioner, Mohali, stated that they have 1,638 active cases.

Governor of Punjab Badore decided to lift night curfew in compliance of the Central government’s directives under Unlock 4.

The Administrator directed doctors to focus on symptomatic patients and to take special care of their health.  He also mentioned that Covid positive persons staying in home isolation should be regularly monitored. They should be brought to hospital in case there is deterioration or aggravation of their medical condition.

The Control Room must check their status everyday over phone and ambulance should be in readiness to shift them to hospital.  Such facility should be available round-the-clock, he said.

Manoj Parida, Adviser, stated that the orders received from Central government regarding Unlock 4 have been circulated for information and strict compliance by all concerned.

Meanwhile, the COVID-19 death toll in Chandigarh on Sunday rose to 52 with a record seven fatalities, while 170 fresh cases pushed the infection tally to 4,155.