Admission to entry-level classes in Chandigarh: Online or offline draw of lots? ISA to take decision next week

Education Department yet to take a call 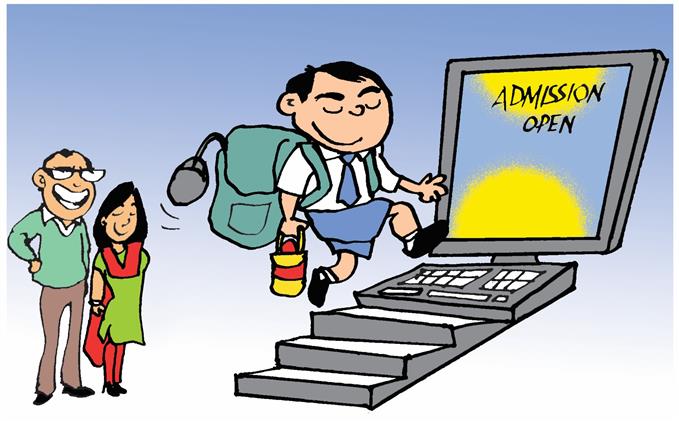 Parents are eagerly waiting for the official notification for getting their wards admitted to schools. Illustration: Sandeep Joshi

Though a handful of schools have already announced schedules for admissions to entry-level classes, the Independent Schools Association (ISA), Chandigarh, will discuss whether to hold the draw of lots online or physically in presence of parents, at a meeting scheduled next week.

The annual exercise of admission to entry-level classes, which is one of the testing times for parents, is scheduled to start from next month. However, it is yet not clear if the process will be completed online like last year due to the Covid pandemic or by physically holding the draw of lots in a traditional manner on the premises of respective schools.

“We have yet to decide the process. The managements of various schools will meet somewhere around next week and take a final call on the admission process,” said HS Mamik, president, ISA.

Meanwhile, parents are eagerly waiting for official notification for getting their wards admitted to entry-level classes. “December is on the verge. Related departments should release a proper admission schedule. It will be a relief for parents,” said Esha, a parent.

Sources claimed that the process (draw of lots) is likely to be held online like the last year. “The UT Education Department and private schools are likely to hold a draw of lots online just like last year. Not only Covid-related cases, but viral fever cases are also on the rise. Besides, the process of online draw of lots needs less manpower and is easily manageable considering last year’s experience,” said a member of the teaching staff.

During the Pre-Covid times, parents used to download admission forms online and submit it at the registration counter of the respective school. The schools used to select eligible candidates and a draw of lots was held wherein volunteers were asked to pick a registration number slip from a box.