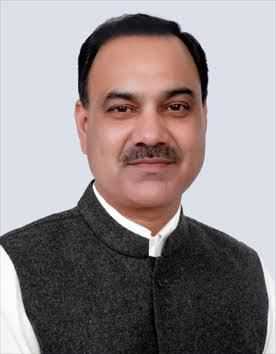 According to Congress leaders, Bassi, a Sector 28 resident, had gone for a morning walk in the wee hours when he fell down due to heart attack and was spotted by a woman who raised an alarm.

Congress chief spokesperson said Bassi was rushed to Max Hospital and had multiple heart attacks on the way. He was given emergency treatment and later put on a ventilator there, but he could not be revived.

Bassi, a former MC councillor, had also remained president of Chandigarh Club. He was an industrialist, who dealt in manufacturing of spare parts of tractors.

Bassi was in his mid-fifties. His family, relatives, friends and fellow Congressmen are in a state of shock over his sudden death.

“Chandigarh Congress is deeply saddened with his sad demise. Bassiji was a promising leader and his untimely death has shocked the party. His void will never be filled. The party stands with the family of Bassi in this hour of grief,” a party leader said.

The cremation will be take place at 12.30 pm on Tuesday.