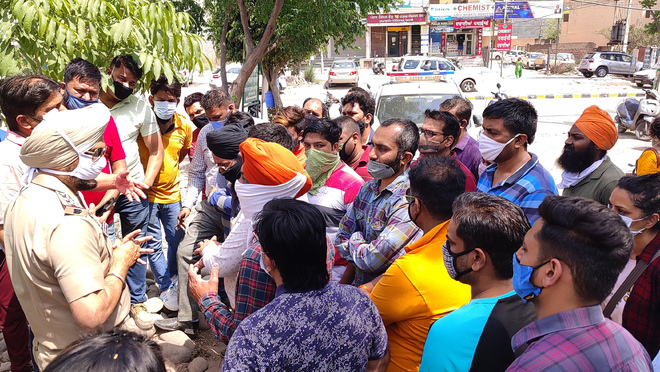 Shopkeepers in Dhakoli urge the police to allow them to reopen their shops; and (right) health workers being briefed by an official at the Community Health Centre in Dhakoli on Wednesday. Dhakoli was declared a containment zone on Monday. TRIBUNE PHOTOS: NITIN MITTAL

The camps were set up at the Dhakoli, Dhakola and Kishanpura government schools. 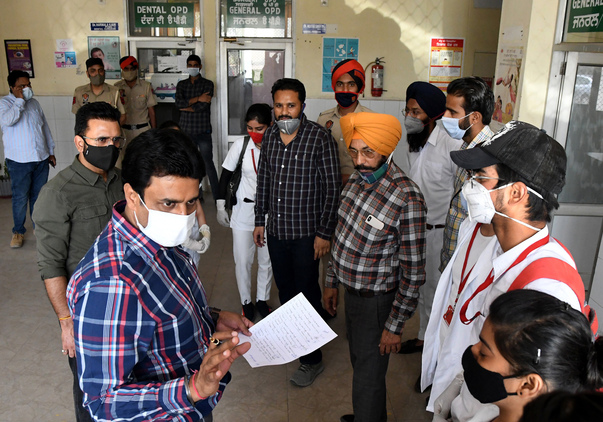 The Dhakoli area, comprising Dhakoli, Peer Muchalla, Kishanpura and Gazipur, has a population of over one lakh. “There will be 100 per cent testing. Those testing negative will be vaccinated. Those testing positive will require isolation and will be recommended appropriate care and medical attention,” Mohali Deputy Commissioner Girish Dayalan had said on Tuesday.