12-year-old son returns from school, finds body in a pool of blood 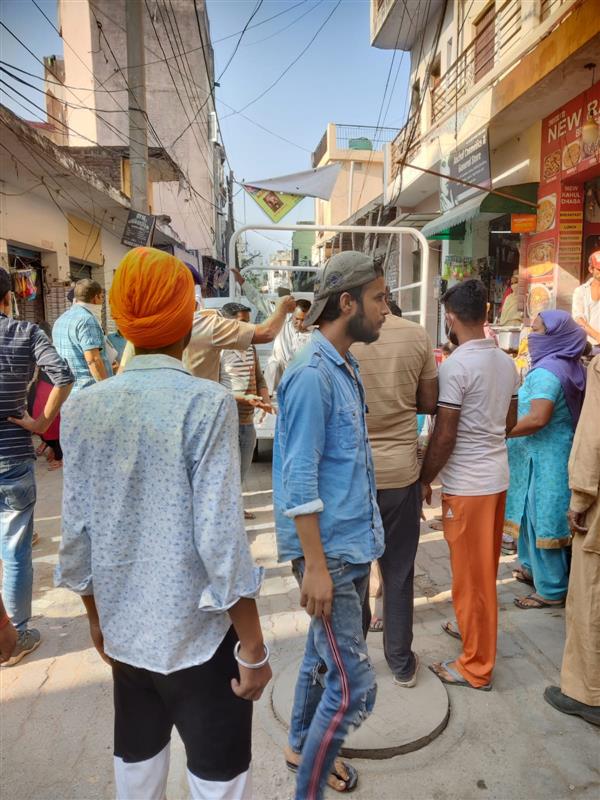 People gather outside the victim’s house at Hallo Majra.

A 30-year-old woman was found murdered at her house in Hallo Majra here this afternoon. The police have arrested a man for the murder.

The victim has been identified as Vinita, who was a housewife. Her husband Ranjit Singh, who works at a factory in Mohali, had left for work in the morning, while their 12-year-old son had gone to the school when the incident took place. The family is staying on rent on the first floor of the house.

The victim’s son was the first person to see the body following which he raised the alarm.

“The woman’s son returned from school and found his mother lying in a pool of blood. He then informed the neighbours,” sources said.

On getting information about the incident, the police reached the spot and initiated an investigation.

Sources said the victim was stabbed to death. She had an injury mark on the stomach. The knife used in the crime was found on the spot.

The police said during the investigation, it came to light that a man, identified as Jatinder, a resident of Deep Complex, Hallo Majra, used to visit the victim in the absence of her family members. The police said the victim’s neighbours had seen him visiting her house today.

Neighbours, who were questioned by the cops about the incident, claimed that they didn’t hear any noise coming from the house.

In his complaint to the police, the victim’s husband stated that his wife had stopped talking to Jatinder following which the suspect started harassing her over the phone and threatened her.

A case was registered against Jatinder at the Sector 31 police station and he was arrested. A team of the CFSL also visited the spot.

Meanwhile, the body was shifted to the mortuary at the GMCH in Sector 32. — TNS