Cases dip, but 16 districts still in red zone in Haryana 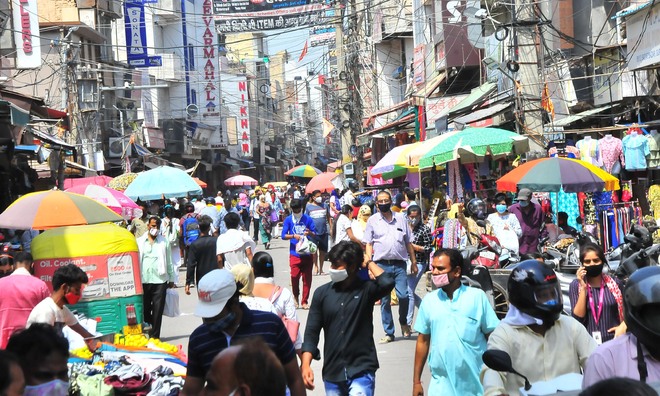 Gurugram district has the highest cumulative positivity rate of 11.59% in Haryana.

Sixteen of 22 districts of Haryana are still in the red zone with their cumulative positivity rate more than 6 per cent even as at 6,902, the weekly cases of Covid have dipped to an 11-week low.

Deaths generally start coming down two weeks after the peak of a wave. This time, people died of black fungus too. Daily Covid deaths are gradually tapering off and we hope that the number will drop further in next 2 or 3 days.

At 491 deaths in the past seven days, the mortality rate is disproportionate to the new infections in the state. A positivity rate above 6 per cent is categorised as critical one while the desirable rate as per the ICMR norms is less than 2 per cent. 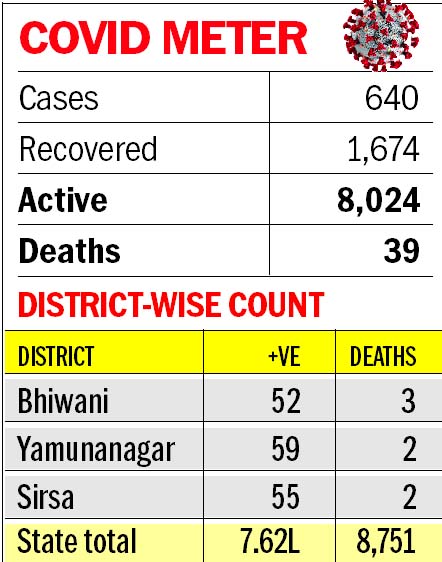 With 5.81 per cent, Rohtak has the highest positivity rate among districts in the orange zone followed by Palwal 4.55 per cent, Kaithal 4.28 per cent, Jhajjar 3.98 per cent and Charkhi Dadri 3.69 per cent.

Meanwhile, explaining the reason behind mortalities being disproportionate to the new infections, Rajeev Arora, Additional Chief Secretary, Health and Family Welfare, said deaths generally start coming down two weeks after the peak of a wave.

He said this time, there were mortalities due to black fungus as well. “Daily deaths are gradually tapering off and there is a decline in the number of mortalities each passing day. We hope that the daily deaths will also come down further in the coming 2 or 3 days,” Arora added.