In April & May, mortality rate doubled over last yr in Karnal 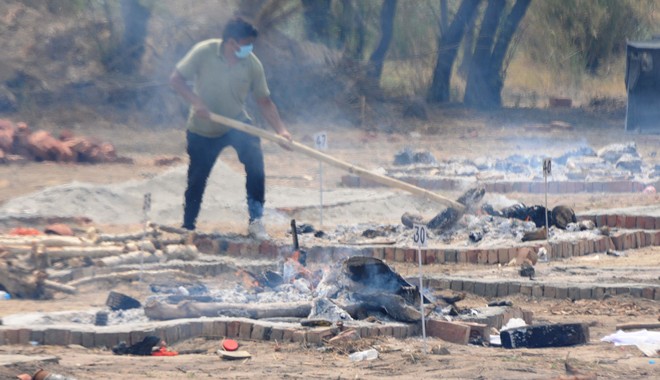 In the second wave of Covid which has exposed the crumbling health infrastructure, the district witnessed a sharp rise in deaths in April and May as compared to the corresponding period last year.

As per the data of the death and birth branch of the Health Department, the district registered 1,876 deaths this May and 1,173 in April. Last year, the number of fatalities was 896 (May) and 655 (April). In other words, the death rate doubled. 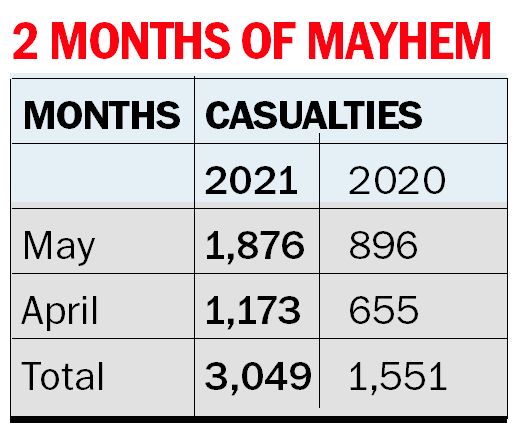 These numbers are not of city residents alone, but also of those patients who were not from Karnal but were admitted here.

The data also shows that 171 people, who did not belong to the district, died in May and 102 people in April, who had been included in overall deaths in the district.

If only residents of the district are counted, 527 persons succumbed to the virus. Of them, 252 died in May and 85 in April.

Sources say the rise in deaths could be because of co-morbidities among Covid patients. People might have not reported the reasons related to the death to the department and treated patients either at home or at non-Covid hospitals, they say.

Civil Surgeon Dr Yogesh Sharma said, “Every Covid death in the district has been reported. There is no chance of discrepancy in the number of fatalities. Patients from other districts and states came to Karnal for the treatment. Anyone succumbing to the virus was counted in the district’s tally, irrespective of his domicile.”