Sushant's fans felt that they were "mocking" their idol 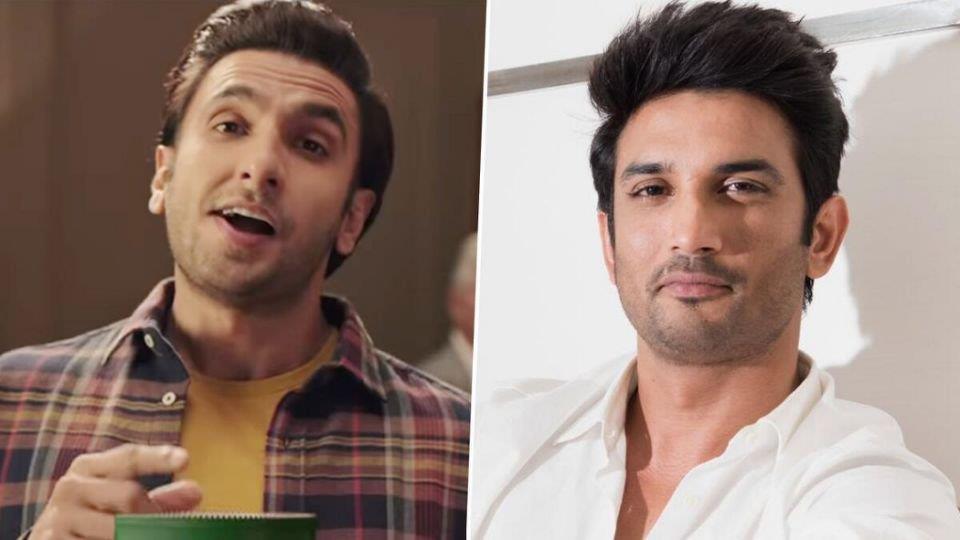 Calling it 'derogatory', the advertisement, which is for a fried snack brand, shows Ranveer dealing with nosy elders by spewing complex physics terms in gibberish sentences.

Sushant's fans felt, that they were "mocking" their idol.

The clip shows Ranveer meeting inquisitive elders at a gathering, who question him, "Beta, aage ka kya plan hai (what is your plan for the future)?”

Sick of these questions, Ranveer comes up with a plan to an end to the questions.

Uploaded on November 13, the brand disabled the comments and "like-dislike" button on YouTube following the massive backlash on the microblogging website.

Responding to the Twitter outrage, in a statement by DNA, Bingo's owner brand ITC Foods spokesperson said: "A completely false, erroneous and mischievous message is being posted/circulated alleging that an advertisement of Bingo! is making fun of a late Bollywood celebrity. Such kind of erroneous messages are knowingly spreading falsehoods. We request you to not fall prey to such mischievous posts. The recent Bingo! The sdvertisement was shot more than a year ago in October 2019. It is being aired this year because of delay in the launch of Bingo! Mad Angles Cheese Nachos and Bingo! Mad Angles Pizza due to the Covid-19 pandemic."

what a shameful person you are @RanveerOfficial
never heard anyone from bw discuss science except Sushant you guys have left no stone unturned in mocking him. at least have some respect for his soul!#BoycottBingo

Shame on you joker!
You deserve all the hatred of this world.#BoycottBingo pic.twitter.com/iDET2MJBuX

💥Paradoxical Photons
💥E=mc2
💥Aliens ki feelings
What do you mean by using this words?Why you guys are targeting a man who can't even defend himself?
But we will defend! SSRians,show them! #BoycottBingo #NoSushantNoBollywood @iRaviTiwari pic.twitter.com/4G1uUbFeDj

Kya dimaag bech ke aaye hai bhaii. I’m sorry but not everything is about Sushant!!!! https://t.co/0XuxsiNBfy

Once more only Sush have been knowledge of Science and all other are fools he has copyright ???!

We all know all these terms we studied in schools so what's wrong stop being stupid https://t.co/8V0vXbyL9d

See, I am an SSR fan.
But if u think using word photon here is disrespectful for him... aren't u to immature??
And Even if u r relating them - Had it been some veteran actor.. we would have considered this as a tribute kind of thing.
So, why not for SSR??