The comedian died in Mumbai on Wednesday 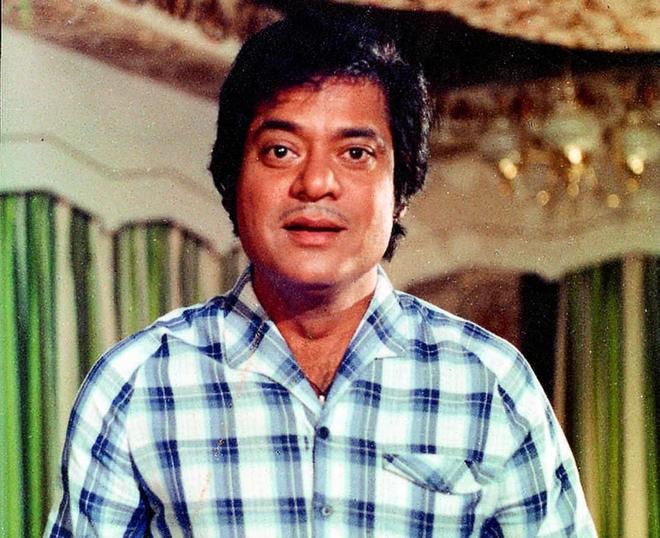 Actor Jagdeep's ‘Sholay’ co-stars Amitabh Bachchan and Dharmendra were among the industry people to pay fond tributes to the veteran artiste whose unique style of comedy made him famous across generations.

Bachchan said Jagdeep, the Soorma Bhopali to his Jai and Dharmendra's Veeru in ‘Sholay’, was an actor with “exceptional comedic repertoire”.

Jagdeep died on Wednesday at his residence. He was 81.

Bachchan said he worked with Jagdeep in many films, but people best remembered their performance in ‘Sholay’ and ‘Shahenshah’, where the actor played the funny man Seth Jee.

"He had crafted a unique individual style of his own and I had the honour of working with him in several films, the more prominent ones in the eyes of the audience being 'Sholay' and 'Shahenshah'. He had even requested me to do a small guest role in a film he was producing, which I did," Bachchan recalled, referring to the movie ‘Soorma Bhopali’ which Jagdeep later directed.

Veteran actor Dharmendra said it was saddening to hear about Jagdeep's demise.

"I am very, very sad. I have worked with him on quite a few films. He was not just a comedian but a talented actor. An actor like him cannot be forgotten," Dharmendra told PTI.

Lyricist-writer Javed Akhtar, who co-wrote ‘Sholay’ with Salim Khan and based the character on someone he knew in Bhopal, said Jagdeep gave life to the part, making it iconic.

“He worked hard on the Bhopali accent and got it perfect. His comic timing was very good," Akhtar told PTI.

The veteran screenwriter said Jagdeep played "emotionally charged" and dramatic roles when he had started out in films like ‘Bhabhi’ (1957) and ‘Patang’ in 1960, but wasn't given many opportunities in the genre.

"Comedy was his second successful innings...but I rue the fact that he wasn't given an opportunity to do more emotional and dramatic roles too. Great talent sadly underused. Goodbye Sir," he wrote on Twitter.

The last of the comic icons in the tradition of seniors Johnny Walker and Mehmood, the actor had a prolific career that started when he was just six.

He kept picking up big and small roles with directing greats like KA Abbas in ‘Munna’, Guru Dutt in ‘Aar Paar; and Bimal Roy in ‘Do Bigha Zamin’.

He graduated to a lead star over the years with ‘Bhabhi’ and ‘Barkha’, but it was Shammi Kapoor-starrer ‘Brahmachari’ in 1968 that started him on his journey as a comedian, whose comic timing, big smile, unique voice and facial expressions made his presence mandatory in films thereafter.

Screenwriter Rumi Jaffery, who directed Jagdeep in comedies ‘Gali Gali Chor Hai’ (2012) and ‘Life Partner’ (2009), said his relationship with the actor was beyond work.

"He was like family to me. Before coming to Mumbai from Bhopal, I had stayed at his house for a few days. He was warm and loving. He had the image of a comedian onscreen but in real life he was a serious, thoughtful man. He was a respected person," Jaffery said.

Filmmaker Mahesh Bhatt took to Twitter to remember the "outstanding actor". "He was a 'rainbow' in our sky! Filled our life with laughter. Goodbye sir," Bhatt wrote.

Shilpa Shetty, who recently worked with Jagdeep's grandson Meezaan in ‘Hungama 2’, recalled her collaboration with the actor in the 2002 drama ‘Rishtey’.

"Extremely saddened by the news of Jagdeep ji's demise. I had the good fortune to share screen space with him in 'Rishtey', such wonderful comic timing, in his inimitable style and an even more wonderful human being," Shetty tweeted.

"He was a gentle soul and he told us lovely stories of the black and white era. Thank you for the decades of laughter and entertainment. My heartfelt condolences to Jaaved and your family," Madhuri, who worked with his son Jaaved Jaaferi in the thriller ‘100 Days’, wrote.

Abhishek Bachchan thanked the actor for "filling our lives with smiles".

Anil Kapoor said Jagdeep was one of the greatest actors in the country. "I was his huge fan & was lucky enough to have worked with him in 'Ek Baar Kaho' & many more films... he was always extremely supportive & encouraging...sending my heartfelt condolences & prayers to my friend Javed & family," Kapoor added.

Bollywood personalities, including Ajay Devgn, Manoj Bajpayee, Ayushmaan Khurrana, Sanjay Mishra, Johnny Lever and Hansal Mehta, also took to social media to pay tributes to the great artiste who made everyone laugh with his roles. PTI