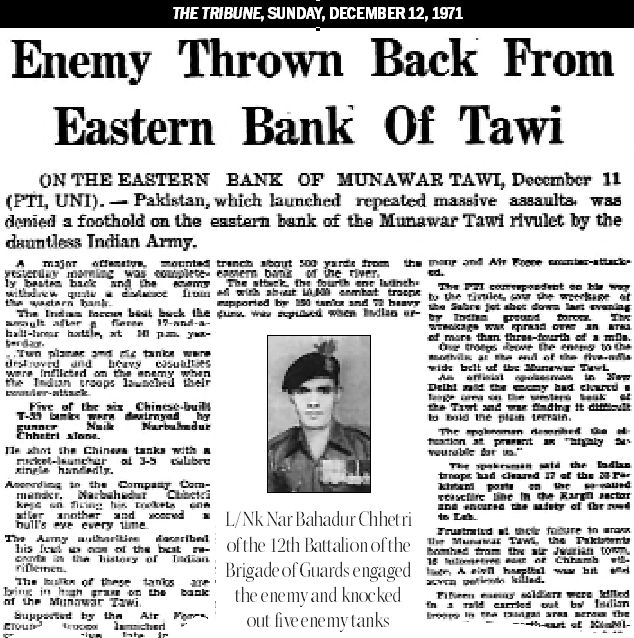 When he landed at Delhi’s Palam Airport with his wife, the Frenchman was met by members of the liaison cell of the Indian Army’s Military Intelligence Directorate. He was suggested an itinerary by the Army but he asked to make his own plan.

General Andre Beaufre, military theoretician and French army officer, was invited by General (later Field Marshal) Sam Manekshaw to visit India. Reason: he had spent days with the Pakistan army during the 1971 war on India’s western front around the Shakargarh Bulge and Chhamb. 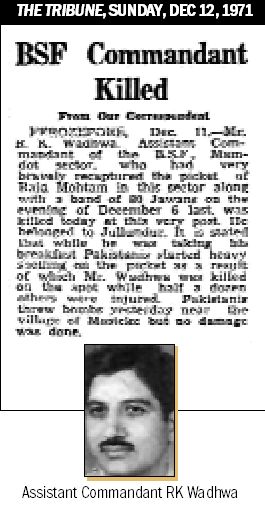 During the tour he was given, among other presentations a sand model understanding of the Battle of Chhamb that has for decades now been a favourite study in the Indian Army. India won the war but lost the battle.

On his return to Paris, Beaufre sent Manekshaw a note. In it, recalls PR Chari in his paper (‘India’s Finest Hour’) for the Institute of Peace and Conflict Studies to commemorate Manekshaw, he said the Indian Army’s operations in East Pakistan (Bangladesh) were manouevre warfare, an “engineers’ war”, the sinking of the Pakistani submarine PNS Ghazi (off the coast of Vizag) a “stroke of luck for the Admiral” (Krishnan, then eastern naval command chief) and he disparaged the operations in the western front, calling these euphemistically a “creeping offensive”.

India’s operations on the western front were literally the last few hundred yards of its diplomacy. Through the months preceding the war, Prime Minister Indira Gandhi had toured the globe, persuading the then bipolar Cold War world that she was most concerned about the refugee exodus from East Pakistan where Rawalpindi’s Generals were persecuting Bengalis, while India did not really want to push itself in the west.

But those last few hundred yards of foreign policy meant that a BSF officer, a mortar officer and five soldiers had to stretch diplomacy through arcs of hurled grenades. The Battle of Chhamb brought this out the most, for it stretched the diplomacy from the field to the negotiating table in Shimla in 1972.

Nar Bahadur Chhetri of the 12th Battalion of the Brigade of Guards was with its Charlie (‘C’) company at Mandiala in the 10th Division’s area of responsibility in the sector west of Jammu. This was the same area where six years earlier India and Pakistan had fought bitterly in the stalemated war of 1965.

The Munawar Tawi near the then ceasefire line flowed down south to meet the Chenab; the land is undulating, often with tall ‘sarkanda’ grass and the waterways fordable. Tank country, in military terms. The town or large village of Chhamb dominated by Hindus was to the west of the Tawi.

Chhetri and his anti-tank platoon from the 12 Guards (then an infantry battalion, now mechanised infantry) were on guard at the Chhamb crossing over the Munawar Tawi when their commanders erred in judgement. The 10 Div top echelons had assumed that they should be in defensive positions till Manekshaw visited the formation just before the hostilities began.

“Don’t lose the Chhamb salient,” he dictated. The Chhamb salient was a launchpad of sorts inside Pakistani territory. The evening of the morning the Pakistan Air Force bombed Pathankot and other airbases on December 3 and formally initiated hostilities, the artillery started bombarding Indian positions.

Shortly after 8 the next morning (December 4), the Indians saw Pakistani Sherman tanks attempting to cross in the Indian 191 Brigade area under Brigadier RK Jasbir Singh.

Neither the Pakistani nor the Indian tanks at the time were equipped with night vision devices. They manouevred mostly early in the morning.

The Indian side had laid minefields but had left a gap from which own forces could go into Pakistani territory. But in the time the minefields were laid and the battle broke out, the division had re-oriented from a defensive deployment in depth to an offensive one. That left the defences in depth areas weak. A post-mortem study suggested that the commander should have taken both exigencies into account in planning his deployments.

The Pakistanis infiltrated through the Dewa-Ghopar axis and as the assault troops began fording the Tawi, the ATGM platoon began firing. According to Nar Bahadur Chhetri’s citation, “On December 4, 1971, the enemy launched a massive attack with a combined force of infantry and armour. Lance Naik Chhetri’s position was subjected to intense artillery mortar and automatic fire by the enemy. With complete disregard for his personal safety, Lance Naik Chhetri engaged the enemy and knocked out five enemy tanks. In this action, Lance Naik NB Chhetri displayed conspicuous gallantry and devotion to duty in keeping with the highest traditions of the Army.”

His gallant action though could not prevent the fall of Chhamb that was a consequence of “ineffective and indecisive command and control”, according to Major General Sukhwant Singh in his book ‘India’s Wars Since Independence’.

That Pakistan’s breaking through the defensive line at that juncture did not result in greater lapses for India was largely because the Pakistani divisional commander, Major General Iftikhar, was killed in a helicopter crash.

Beaufre, the French General, who was in Pakistan mapping the war even as it was being waged, and was later invited to India, did not delve too deeply into it because he said both sides were exaggerating claims. He used his experience to later develop the theories of conventional war in a nuclear shadow. (Neither Pakistan nor India had conducted nuclear tests by then but the world was in the grip of a Cold War led by the US and Soviet blocs).

Diplomacy continued after the Indian reverses on the battlefield of Chhamb, though. The Pakistanis celebrated their capture of Chhamb by hoisting their flag atop its tallest structure and promptly renamed the place Iftikharabad after the General who planned their tactics but did not outlive the battle.

A little over six months later, in the Shimla Agreement, Pakistan retained Chhamb in exchange for India’s retention of territory north of Kargil that it had captured in the 1971 war. India also released 93,000 Prisoners of War, captured mostly from East Pakistan.

The Battle of Chhamb, despite the heroism of Lance Naik (later Subedar Major) Nar Bahadur Chhetri, a Gorkha from Boorali village in Nepal, took the heaviest toll on the Indian Army. An estimated 400 soldiers were killed, 723 were wounded, 190 went missing or were taken prisoner, 18 tanks and other vehicles were lost.

In the battles that waged before that, however, the diplomacy of Mr Grenade — whose word no one trusted once the pin was pulled — carried on in the western front, going on to claim the life of Assistant Commandant Ram Krishna Wadhwa of the Border Security Force (BSF) in the Punjab-Rajasthan area.

Wadhwa was in charge of two Border Outposts (BOPs) that were at first overrun by the Pakistan army after heavy artillery fire on the night of December 4-5. His BSF troops had to vacate the posts and while they were retreating, according to an unofficial account, were even fired upon by Indian troops who mistook them for Pakistanis.

He was ordered to re-occupy and retain Raja Mohtam Post, which he did at the cost of his life. Even after the recapture, a superior Army officer was wounded in a mine blast and had to be evacuated.

“The Border Security Force picquet at Raja Mohtam near Mamdot on the western front had been occupied by the enemy on December 5, 1971. Shri RK Wadhwa, Assistant Commandant, was assigned the task of recapturing it. He led his troops gallantly through heavily-mined area and under intense and accurate fire. His courage and personal example inspired his men to close in and capture the objective. Later, when he was counter-attacked, he showed exemplary courage and utter disregard for his personal safety in going from trench to trench encouraging his men in repulsing the enemy. However, while moving under heavy fire, he was mortally wounded by enemy shelling and succumbed to his injuries.