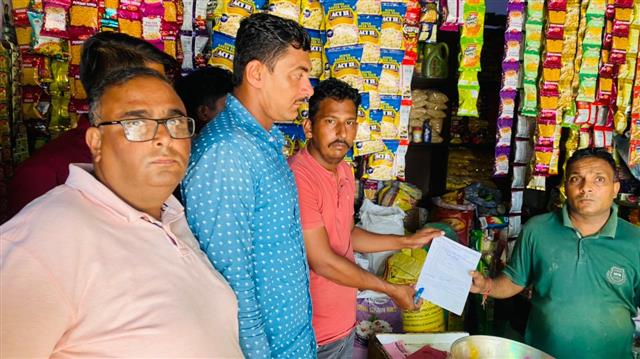 A team of the Yamunanagar-Jagadhri MC during a drive.

A team of the Yamunanagar-Jagadhri Municipal Corporation (MC) has issued challan to seven shopkeepers today for using single-use plastic products and polythene bags.

The team also imposed fine on the violators.

He said on the direction of Municipal Commissioner Ayush Sinha, a drive had been started against the use of single-use plastic in Yamunanagar and Jagadhri.