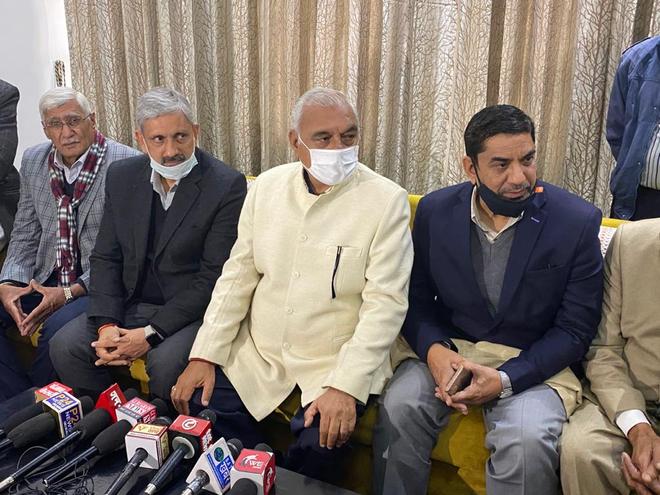 Leader of Opposition Bhupinder Singh Hooda has said INLD leader Abhay Chautala should not resign from the Assembly and instead vote against the BJP-JJP government during the no-confidence motion that, he said, the Congress would move when the House would be convened.

“Farm laws will not only affect farmers, but also every consumer. This is why the movement has received support from all sections of society. The Centre should accept the demands of farmers and end the agitation,” he told the media here today.

The former Chief Minister further said the Congress had been opposing the laws ever since the Centre introduced them.

The Leader of Opposition also appealed to the state government to withdraw cases registered against protesting farmers. “It should not act with malice or vengeance,” he added.