Disease has affected about 12,000 hectares of paddy crop in Yamunanagar district 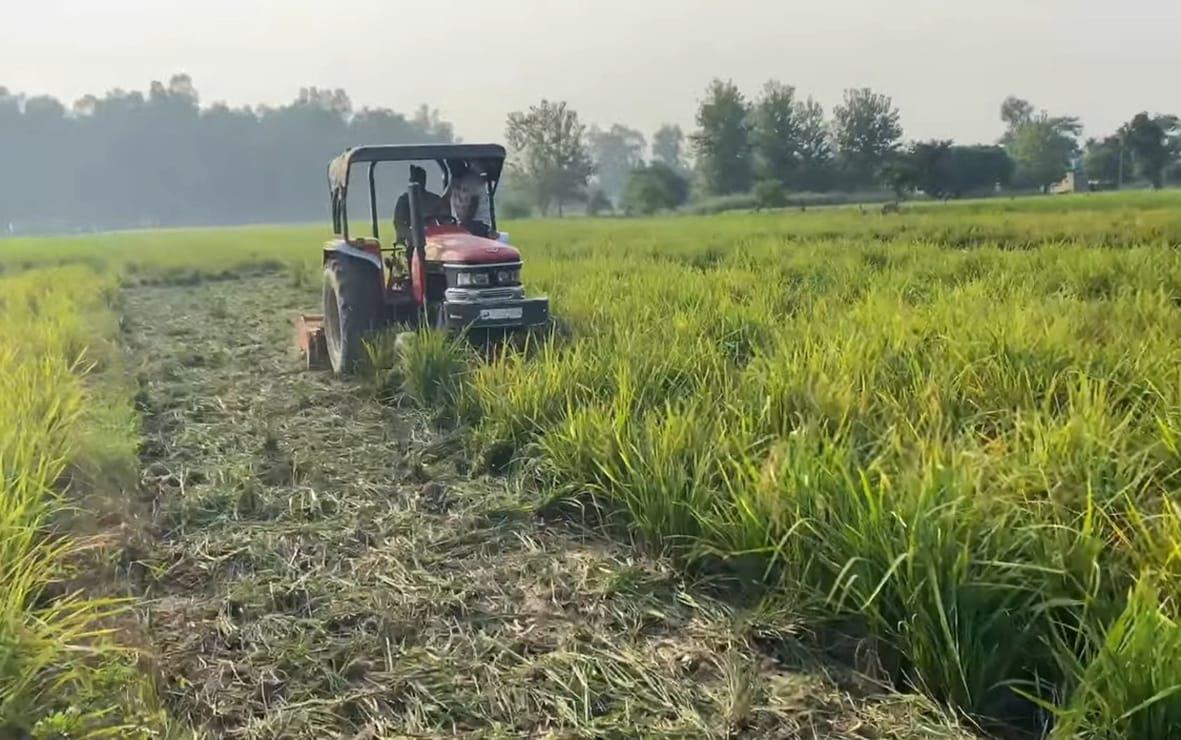 Paddy cultivation has turned out to be a proposition of loss for thousands of farmers in Yamunanagar district due to the dwarf disease.

Lakhwinder Singh Cheema, a farmer of Sarawan village in the district, has destroyed his 1 hectare (2.5 acre) standing crop with a tractor.

Cheema said he had to destroy his crop due to stunted growth and non-emergence of panicles.

“I have 8 hectares (20 acres) of paddy crop this year. But, my two hectare paddy crop was 100 per cent affected by dwarf disease. I destroyed 1 hectare crop with a tractor on Thursday. I have to destroy the other 1 hectare disease affected crop soon,” said Lakhwinder Singh Cheema.

Another farmer, Baljore Singh of Gundiani village, said that they destroyed their 3 acre disease affected paddy crop on Wednesday.

Like Lakhwinder Singh and Baljore Singh, several other dejected farmers are thinking of destroying their disease affected crop.

“My paddy crop, spread over one and a half acres, has been hit 100 per cent by this disease. I am thinking of destroying this crop by ploughing it in the fields with a tractor,” said farmer Vikas alias Bhim of Sudhail village.

According to information, farmers have sown paddy crop in 83,000 hectares (2,07,500 acre) in Yamunanagar district in the current paddy crop season. Of these, crop sown on 12,000 hectares (30,000 acres) have been affected by dwarf disease.

As per claims made by farmers before the authorities of Haryana Agriculture and Farmers Welfare Department, most of the incidents of stunted growth of paddy have been reported in Sawa-127, Sawa-7301, Shift Gold, Arize-6444, PR-114, Pusa-1509 and some other varieties.

Farmers have demanded the State government to get a ‘special girdawari’ conducted of the paddy crop affected by dwarf disease.

“Farmers had suffered huge losses in wheat crop due to low yield in the past Rabi crop season. Now, they would have to suffer loss in paddy crop due to dwarf disease. The government should immediately get a special girdawari conducted and give compensation to farmers,” said Sanju Gundiana, district president of Bhartiya Kisan Union.

Dr Pardeep Meel, Deputy Director of Agriculture (additional charge), Yamunanagar, said, “The dwarf disease has affected about 12,000 hectares of paddy crop in Yamunanagar district. I have sent a report about disease affected crop areas to the higher authorities of the agriculture department for further action.”