IED seizure from Shahabad: Another accused nabbed from Tarn Taran 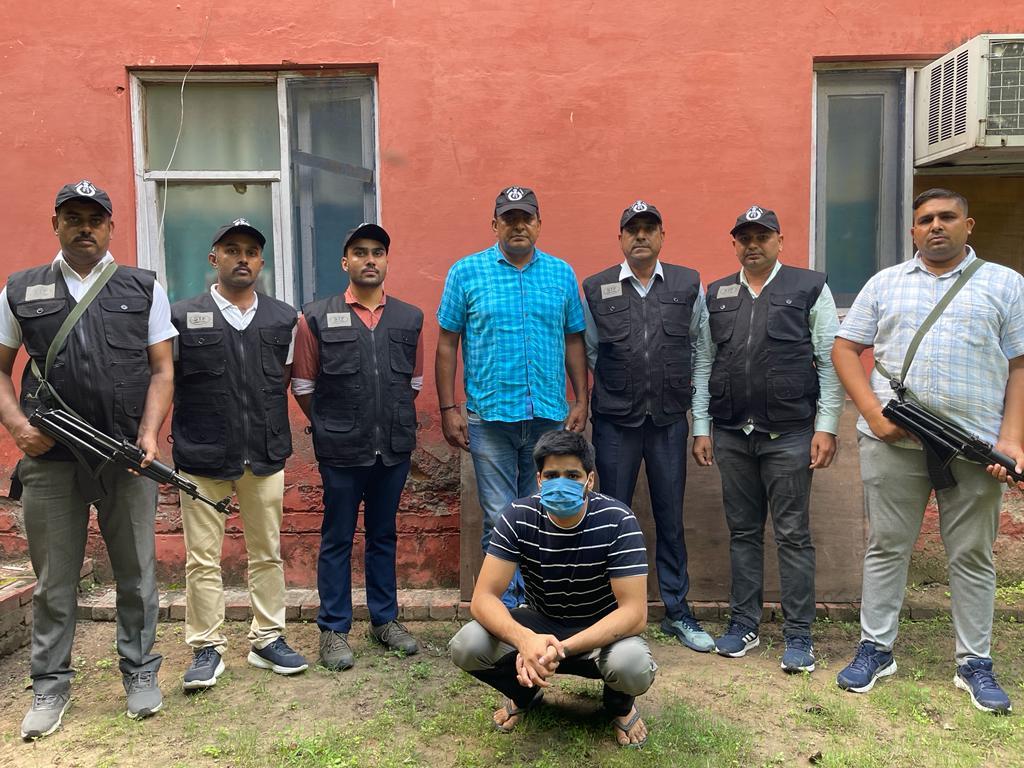 Accused Robinpreet Singh, who was nabbed from Tarn Taran, in custody of the STF of the Haryana Police on Friday. Tribune photo

A day after the recovery of an improvised explosive device (IED) from Shahabad, the Special Task Force (STF), Haryana, arrested another accused from Punjab’s Tarn Taran in the matter.

Handlers based in Pak

The accused are involved in drug smuggling and their cross-border handlers get other works, including implanting explosives, also done from them. Drugs are dropped via drones. The accused acted as carriers for Pak-based handler Harvinder Rinda. — Sumit Kumar, SP, STF

The accused was identified as Robinpreet Singh, alias Mata. He had accompanied Shamsher, who was arrested on Thursday, and two other accused to plant the explosive in Shahabad in June.

Shamsher was today produced in a Shahabad court, which sent him to a 10-day remand. Robinpreet will be produced in a court tomorrow.

STF SP Sumit Kumar said, “Raids are being conducted to nab two more accomplices, including Arshdeep of Tarn Taran. Arshdeep’s father was in the Punjab Police. During questioning, it came to light that they used to receive narcotics from their cross-border handlers and these were kept with Baljeet Singh of Tarn Taran. Following the information, a raid was conducted in coordination with the Punjab Police and Baljeet was arrested. During the raid, 1.5 kg of opium was also recovered, and a case was registered under the NDPS Act at the Chohla Sahib police station. Their past records accused are being verified.”

“The accused only get paid for narcotics, which are dropped with the help of drones from Pakistan. The origin of the explosives recovered in Shahabad and those seized earlier in Karnal are the same,” the SP added.

Meanwhile, after the recovery of the IED ahead of Independence Day, the local police have intensified the security arrangements. SP Surinder Singh Bhoria said different teams had been formed to increase the vigil. The anti-extremist cell had also been activated that dealt with such matters.

Tarn Taran: The family of Shamsher Singh Shera (27) of Chohla Sahib, who was arrested by the STF of the Haryana Police on Thursday, was not ready to accept their theory of his involvement in the matter. Karamjit Kaur, mother of Shera, called the theory of the Haryana Police “totally fictitious” regarding his involvement in the seizure of the IED. She called the police theory fabricated.