Webinar to pay tributes to Martyrs 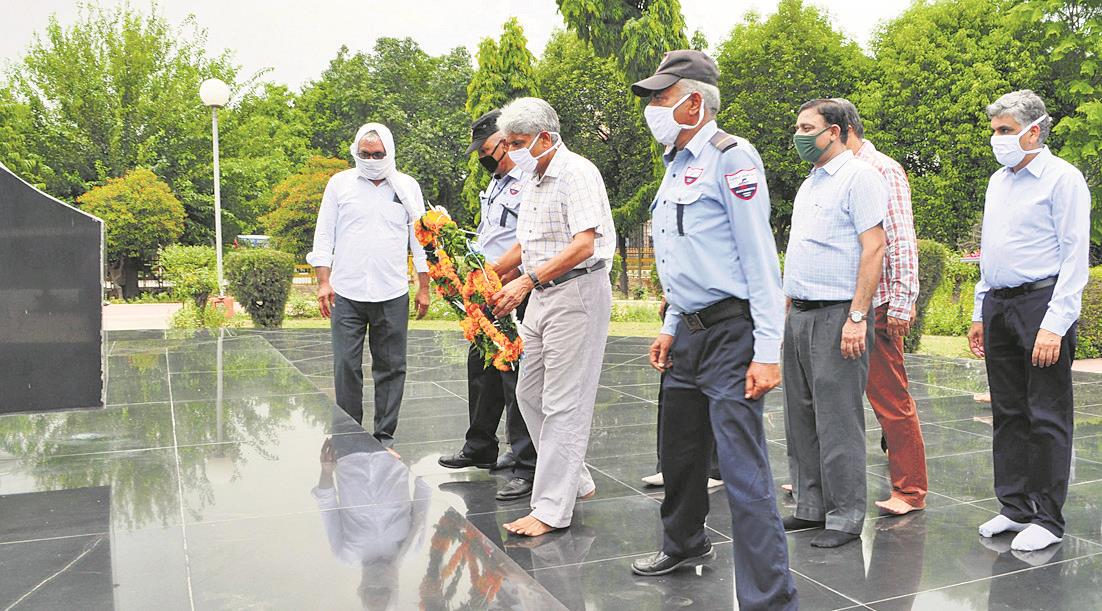 Mahendragarh: On the occasion of Kargil Vijay Diwas, the Central University of Haryana (CUH), Mahendragarh, remembered the valour of the Indian Army. Vice-Chancellor Prof RC Kuhad lit the lamp at the Vidya Veerta Site situated in the Academic Block-3 of the university. "The victory of the Indian Army in the Kargil War proves that our Army is capable of putting a quart into a pint pot. Our Army succeeded in expelling the enemy," said the Vice Chancellor.

Mahendragarh: The district administration felicitated Manisha of Khampura village here with Rs 2.5 lakh for securing top position in the state in the senior secondary exams, results of which was declared by the Haryana Board of School Education (HBSE), recently. Manisha, a student of Government Senior Secondary School, Shima, obtained 499 out of 500 marks. Her father is a farmer and mother is a housewife. The award was given away by Deputy Commissioner RK Singh at a felicitation function held in Narnaul. "Manisha has not only brought laurel to Mahendragarh but also proved once again that girls are not behind boys in any way," Singh said.

Karnal: The KVA DAV Alumni Association, Karnal, organised an international alumni web meet on Sunday. This meet witnessed an enthusiastic participation of alumni from across the country and also internationally. Sujata Gupta, Principal of KVA DAV College for Women, Karnal, blessed all former students and congratulated them for their respective achievements in life. She expressed the deep love and concern of the college for all its students assuring that the institution would always be their anchor. Dr Sabira Sharma, president of the alumni association, welcomed the participants and shared information about the activities undertaken by the association. A short film compiled with the help of inputs from the alumni, was shown on this occasion. It was a joyous moment to share the lovely throwbacks. Some of the alumni shared their ideas during the live interaction during the web meet.

Webinar on stress amid pandemic