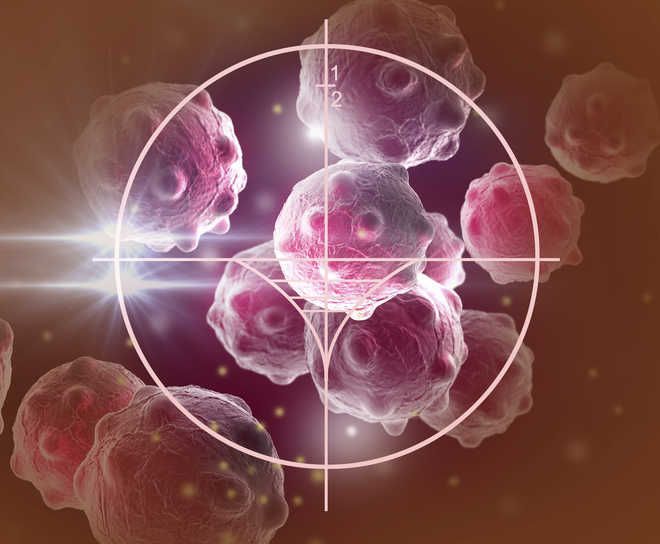 Following the continuous rise in the number of cancer patients in the state, the women’s wing of the Sarva Jatiya Sarva Khap Mahapanchayat has decided to run a campaign in Haryana to raise awareness and educate people about the disease.

Dr Santosh Dahiya, national president of the women’s wing, said, “Cancer cases are increasing in the country and, unfortunately, Haryana is also recording a large number of new cancer patients every year, which is a matter of concern for us. We have decided to launch a ‘Dudh Dahi Ka Khana, Cancer Mukt Haryana’ campaign in the state to raise awareness and educate people about the prevention and screening of cancers.

“A programme was organised on the occasion of Teej festival today where the women were administered oath to make a start in the cancer-free campaign. The women will ensure that they will not use single-use plastic, packaged food, chemical-based products, other harmful products and utensils in their homes and also educate other people about the same. They will also tell people how they can reduce the risk of getting common cancers and motivate them to lead a healthy lifestyle,” she added.

The women on this occasion said the cancer patients were increasing rapidly, but the health facilities were not increasing at the same pace. It was sad to see that people die due to the lack of medical facilities and in-time treatment. The women’s wing will collaborate with the people working to provide affordable cancer treatment. If the disease was detected and treated at an early stage, lives of hundreds of people could be saved.

Dahiya, who is also the national president of the All India Mahila Shakti Manch, said, “Earlier, earthen pots were used in our kitchen and experts, too, recommend using earthen pots due to the multiple benefits they offer, but over the years earthen pots have been replaced by different kind of utensils. We will also motivate people to use earthen pots and other clay-based utensils. It has been decided to run campaigns in the villages across the state. During the campaign, we will tell people about the early signs, symptoms of cancer and help the cancer patients in getting treatment at affordable rates.”