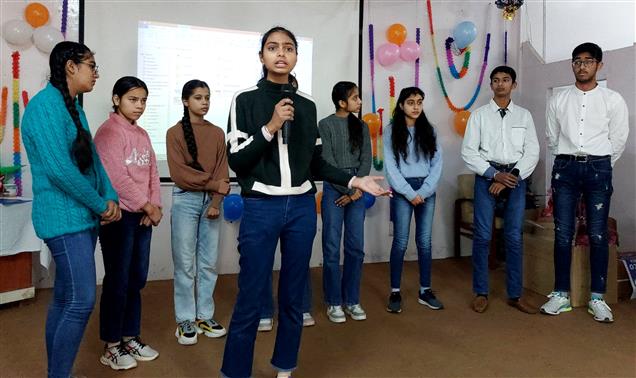 Students present a skit in Una on Wednesday. Tribune Photo

Students from various schools and colleges of the district took part in the declamation and quiz competitions and presented short skits on topics related to the importance of elections in a democracy.

Booth-level election officers — Manju Devi from Kinnu, Anwar Bibi from Mubarikpur-3, Baldev Singh from Tahliwal-2, Asha Devi from Tabba-1 and Anjana Kumari from Dhundla booths — were honoured for their exceptional performances during the last Assembly elections. Twenty-six voters were adjudged as winners of the Selfie contest held during the recent Assembly poll.