ED to take over probe into opioid trafficking in Himachal 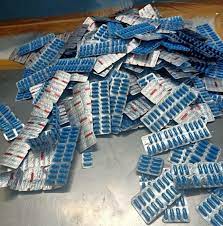 The Himachal Pradesh Police will hand over the financial investigation in the cases of pharmaceutical opioid trafficking to the Enforcement Directorate (ED).

DGP Sanjay Kundu today said, “To curb such activities, the police are taking strict action, including financial investigation under the NDPS Act for the attachment of illegally acquired properties. The necessary information is being shared with the Enforcement Directorate for investigation under the Prevention of Money Laundering Act with a request to attach all properties acquired from the proceeds of pharma opioid trafficking”. The Tribune highlighted the issue in its columns today.

Kundu said that 139 factories in the state have licences to produce pharma opioids and psychotropic substances listed in the schedule of the NDPS Act. A few factories had been found misusing their licences and selling pharma products illegally.

“Following information from Interpol from Benin, a nation in Africa, the state police registered an FIR against Laborate Pharmaceuticals, Paonta Sahib, for illegally exporting 1.75 crore tramadol tablets worth around Rs 5 crore (priced around Rs 100 crore for illegal sale) to Chad, another African nation. The investigation in the case is underway,” he added.

He said that on May 29 and 30, the state police in a joint operation with the Punjab Police seized over 30 lakh intoxicant tablets (12.45 lakh tramadol capsules, 7.72 lakh tramadol tablets, 9.99 lakh alprax (alprazolam) tablets) worth Rs 15 crore from Unique Formulations at Paonta Sahib. Its marketing company PB Pharmaceuticals in New Delhi was also found to be fictitious and non-existent. “By printing the name of a non-existent marketing company on labels, pharma opioids were diverted to the illegal market.

The Sirmaur police had registered another case against Unique Formulations and recovered 745 kg of tramadol raw material worth Rs 3 crore. The main conspirator in the case has already been arrested,” the DGP said.

In 2019, Apple Field Pharma Company, Paonta Sahib, was sealed by the HP Police State Narcotics Cell for keeping an unaccounted stock of 47,000 tramadol tablets and 10,000 codeine-based cough syrup. “The company stands chargesheeted and is now facing a trial. During investigation, it was learnt that the proprietors/shareholders of Unique Formulations and Apple Field Pharma are the same”.

He said that Orison Pharma International, Kala Amb, sold tramadol tablets to a marketing company in Ahmedabad without any agreement, contrary to the rules.