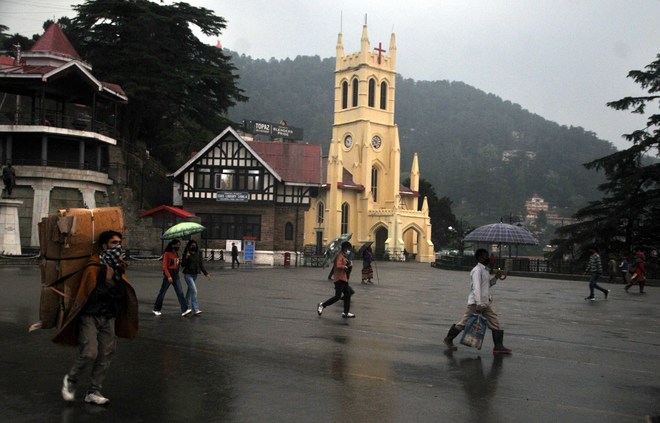 Commuters walk with umbrellas during rain in Shimla on Monday. Photo: Amit Kanwar

Freak weather conditions continued to prevail in the hills and valleys of Himachal as thunderstorm, lightning and gusty winds accompanied by intermittent showers lashed the region for the third consecutive day.

Farmers and fruit growers are a worried lot as local MeT office has issued fresh yellow warning of thunderstorm, lightning and gusty winds with speed of 30 to 40 kmph in mid and lower hills on May 6 and 7 and predicted wet spell in the region over the next six days.

Stormy conditions and rain are harmful for standing wheat and apple and stone fruit crops as Rabi crop is yet to be harvested in mid and higher hills while the harvested crop lying in the open has been damaged due to rains.